PMCAOnline
Home Technology Big Data and Data Science Unmasked – How It Is a Bane...

With millions of people using the internet, data is growing at a rapid rate, squeezing it from all across the internet. Although more data means more leads, it is becoming hard to store all of it. With the introduction of Big Data Hadoop, solving the data storage issue has minimized drastically.

Big data and data science are among the future jobs that are not only high in demand these days but secure as well. Industries like digital marketing and internet search use the algorithms of data science to the fullest, whereas the e-commerce and retail industry implement big data.

With that said, data is going to rule the industry at every level. And in all that, artificial intelligence, the internet of things, and data science will remain interrelated to each other. With a horde of data produced every single day, industries are in need of better algorithms for managing and storing information aptly.

What does it take to be a data scientist?

If you want to become a data scientist, the profession requires you to have adequate knowledge and skill in SQL database, Hadoop, python coding, SAS, or understanding of working with unstructured data.

Visit here to know more about the learning path and learning method so you can spend time learning instead of searching.

What does it take to become a big data specialist?

If you want to become a big data specialist, you will need to master analytical and creative skills along with business skills as well.

This post will explain the importance of these fields.

Cambridge Analytica – what they do and who they are

Since we are talking about data management and digital marketing, Facebook, of all the social media platforms, is the key entity in this whole aspect. If you don’t know, Cambridge Analytica is a company that deals with advertising. Established in 2013, their objective was to personalize the newsfeed and research on Facebook. It was done by analyzing users’ data that was later used for the Ted Cruz Republican election campaign. The company used users’ data to make people vote in favor of their client.

The result, as expected, was in favor of their client. The research conducted was wholly personified. Each and every individual got the advertisements as per their interests, convincing enough to influence their decisions during the election.

Because of Cambridge Analytica, the 2016 presidential election became the topic of conversation across the globe. The company was first asked to use users’ data on Facebook to deploy a more targeted electoral campaign and was later asked to remove all the data. According to the reports, Cambridge Analytica broke the terms and services of Facebook as there were so many legality breaches that the whole world came to know.

Cambridge Analytica case study proves that knowing the principles of behavioral science and data analytics can help in creating a personalized advertisement specific for a targeted customer base.

The same methodology was followed during the Brexit. Cambridge Analytica conducted work for the United Kingdom Independence Party, and the EU campaign ahead of the 2016 poll on EU membership. The company scrapped digital information from millions of Facebook users and used it for targeted political advertising.

The popular scandals of elections raised eyebrows regarding Facebook’s privacy and credibility factors. Both big data and data science techniques were used to breach psychological effects on the decisions of the users as well as their privacy.

Data science is the sexiest thing in the 21st century, how to learn it:

There are plenty of ways you can master the art of data science. Some of the most credible ways include:

– Online courses – You can avail any of the online courses available on data science. Some of the platforms offer free courses, while some may charge you.

– Learning paths – Learning path is a great way to learn more about data science since it provides structured courses conducted by experienced teachers.

Data science and big data are beneficial yet scary. While it is providing people with immense opportunity in terms of business, it is breaking the very principles of privacy. It is up to you how you use powerful technology to grow in your career.

Learn more about Data on Techslang. 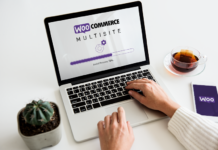 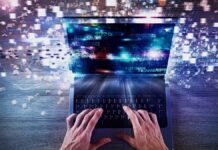 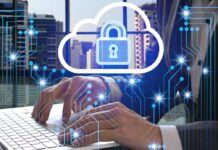 5 Tips for Keeping Your Cloud Storage Safe and Secure 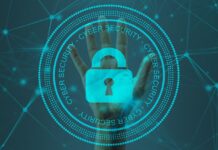 A Guide to Achieving a Successful Cybersecurity Audit 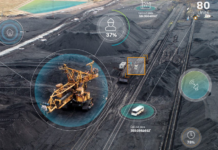