PMCAOnline
Home How to ... How To Find The Optimal TV Viewing Distance – 2023 Guide

Whenever you purchase a brand new TV, it’s important to know where to place it as it will determine the quality of viewing through time. However, it’s also important to note the factors that are used to determine the viewing distance.

Some of the more important ones are the size of the TV, while others are the image quality, and frames per second (FPS).

With all that said, we’re going to help you find the optimal TV viewing distance in this 2023 guide. Don’t go anywhere as this might prove the difference in how quality television time with your family is.

As with anything in life, there are ways to calculate everything. One very important thing you can calculate is the viewing distance based on the resolution of the television.

This is very important as there have been numerous studies done on this subject. Each study used the following formulas for SD, HD, FULL HD, and UHD resolution.

For SD and HD

SD refers to standard definition while HD to high definition and they’re some of the basic resolution formats. It should be noted that you should avoid SD at all costs, while HD is also slowly falling into that category.

The truth is, these resolution formats are quite old and outdated, but they’re still used so we will include them.

The optimal viewing distance for these formats is the length of the diagonal side of the television multiplied by 3.5 for SD and 3.9 for HD.

It should be noted that all measurements are calculated based on centimeters (cm), so you should do some converting if you’re using other metrics.

Full high definition is one of the next-gen resolution formats that should be the base minimum whenever you’re buying a TV or a monitor.

Full HD format is 1920 x 1080 resolution and its much higher quality than both SD and HD.

The optimal viewing distance for Full HD resolution is the length of the diagonal side of the television multiplied by 2.5. You can also multiply by 2.6 if you feel as you’re sitting too close to the television.

Whenever someone mentioned ultra-high-definition, they’re simply referring to 4K or 8K video formats.

However, 8K is a far stretch so we’ll talk about 4K only instead.

For 4K resolutions, (3849 x 2160), the optimal viewing distance can be calculated easily if you simply take the length of the diagonal side of the television and multiply it by 1.3 and even 1.5.

Now that we’ve talked about the optimal TV viewing distance for all the major resolution formats, let’s talk more in-depth about what they mean.

Before we start, all of this isn’t possible if you don’t set up your aerial TV the right way. If you’re in need of professional help with installation, then make sure to click here.

We’ve thrown the word resolution a few times in this article, but we never explained it.

Display resolution is simply a term that calculates the number of distinct pixels in each dimension. 1920 x 1080 means there are 1920 pixels in width across 1080 pixels in height.

While the distance is still different, it never actually exceeds 5.5% for the same resolution. Naturally, this means that the size of the TV plays a bigger role in determining the viewing distance.

We will explain that now.

For example, if we compare a 40 inch UHD TV with a same-sized but FHD TV, we can see that the difference is only 2.5% if we are to calculate the distance from the nearest sitting to the TV itself.

There have been numerous tests conducted with an FHD and UDH resolution that confirm this notion. Also, in these tests, the participants didn’t really care whether they’re watching on an FHD or UHD resolution as long as they maintain a 22-degree viewing angle.

So this means that the display resolution plays an insignificant role when determining the optimal TV viewing distance; especially for next-gen resolutions.

Don’t let anyone fool you in saying that there is no difference between FHD and UHD. There is tons of difference since we have almost double the pixels on UHD screens compared to FHD.

While for the ordinary people this might be harder to spot, the ones that understand how resolutions and frames work will instantly recognize the difference.

However, multiple studies have shown that people recognize fewer details with bigger screens. It is said that the optimal size for television in which you can notice the difference between both resolutions is 48 inches.

The angle of which you’re watching TV plays a very important role in determining the optimal TV viewing distance.

If resolution played little role, then this one is pretty significant. The viewing angle is exactly what it sounds. It is the angle of which you’re viewing the TV.

According to multiple studies, the perfect viewing angle is 33 degrees on a 1080p resolution. However, it is far more difficult to calculate which is best for you.

This is because the home environment plays a huge role in preventing you from achieving the 33-degree angle.

Also, for bigger screens and even watching on a projector, experts suggest you keep the angle less than 30; around 22 and 25 degrees.

But it’s not really that straightforward as there are tons of other factors that should be taken into account such as image pixelation or maximization of detail.

All of these factors, along with many more, play a huge role in determining the optimal TV viewing distance. However, it is safe to say that sticking to the ones at the beginning of our article will generally put you in a good spot. 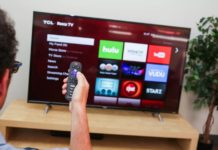 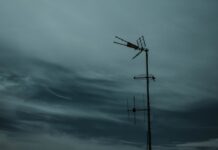 5 Tricks for Getting the Best Possible TV Reception 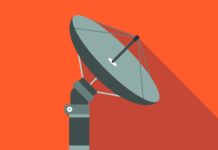 What’s the Future of Satellite TV? 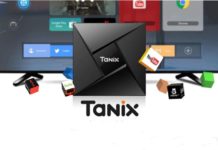