You must be very careful and do the research when you want to pick a bank for you. One of the most powerful sectors in the Indian economy is the banking sector which goes through immense prosperity after several reforms. The rise of Indian banking was during the independence and post-independence phase in-country, and at the moment, India has 22 public sector banks, 22 private sector banks, and 46 international banks. If you want to find out which are the best banks in India just continue reading this article.

This is the oldest, Mumbai based bank in India, founded in 1955. the owner of this bank is the government, and it has an international service. This bank is on the 236th position on the Fortune Global 500, Forbes list of the largest corporations in the whole world. SBI has 26,340 branches and over 60,000 ATM facilities.
There are 195 offices set up of this bank in 36 different countries, and in every school, college, or university you will find the bank’s extension counter. SBI provides the best banking opportunities for students with low charges for banking services. Market Capitalisation of this bank is Rs. 254,708.41 crore and it has total assets of Rs. 3.888.467.07 crore.

BOB is founded in 1908, and it represents the second largest nationalized bank with the headquarters in Vadodara in Gujarat. They also have the corporate office in Mumbai, and they have services relating to banking and finance. At the moment, it has 9,500 branches that are working all over the world, and more than 13,400 ATM facility centers across the whole of India.
More than 78 million people are using the services of BOB. The services are debit and credit card facilities, loans, and wealth management. Market Capitalisation of this bank is Rs. 36,890.12 crore and it has total assets of Rs. 819,671.95 crore.

This bank was founded on 12th April 1895 in Lahore, as part of the Swadeshi movement, and the leadership was Lajpat Rai. This is the first bank managed by the Indians with the Indian capital, on the Indian soil. It also has headquarters in New Delhi, and from the beginning of the work, it has merged with seven other banks. It has moreover 10,681 ATM centers and 7000 branches of this bank across India, and 62% of the branches are in semi-urban, and rural areas. If you are living in a rural, distant area this is the perfect bank solution for you.

In this state-owned bank, you will get an excellent banking and financial services. It is founded in 1906, and it has a headquarters in Bengaluru. The bank is on the global market with its branches in Hong Kong, Leicester, Shanghai, London, New York, Manama, Johannesburg, and Dubai. It has 6310 branches and 9395 ATMs all over the world. In 2014, Canara Bank got the award of MSME banking excellence. Market Capitalisation of this bank is Rs. 17,381.12 crore and it has total assets of Rs. 711,782.81 crore.

When two businessmen from Mumbai became partners on September 7, 1906, the Bank of India was founded. In the beginning, the Bank of India was a private bank, but later it was turned into a public sector bank in 1969 after the process of the nationalization.
The Bank of India has more than 5,500 branches in the country and more than 60 branches in 22 countries abroad. It also has the bank’s centers in Singapore, Paris, Tokyo, Hong Kong, New York, New Jersey, and London. Market Capitalisation of this bank is Rs. 22,545.23 crores and it has total assets of Rs. 630,883.91 crore.

Union Bank of India was founded on November 11, 1919, with the headquarters in Mumbai, and at the beginning, it was a limited company. In 1969 bank was turned into a commercial, service bank after the process of nationalization. It has more than 4500 branches all over India, and few overseas branches, Dubai, Sydney, Antwerp, and Hong Kong. It has also more than 7000 ATM facilities all over the country. Market Capitalisation of this bank is Rs. 11,001.22 crores and it has total assets of Rs. 498,580.54 crore.

This bank based in Mumbai is one of the oldest banks in India, and it was founded on 21st December 1911. It has branches in 29 states and 6 Union Territories of India. The number of bank branches is 4,886, one extension counter, and ten satellite offices all over India. It has international offices in Hong Kong and Nairobi. Market Capitalisation of this bank is Rs. 8,128.06 crores and it has total assets of Rs. 331,884.64 crore.

IDBI Bank (Industrial Development Bank of India) is one of the largest commercial banks in India, and it was founded in 1964 in Mumbai. This bank has a great impact on building the Indian nation during the last 55 years. It has 3900 ATM centers and 2000 branches, and one in Dubai. Market Capitalisation of this bank is Rs. 20,655.91 crores and it has total assets of Rs. 321,111.40 crore.

TMP Pai, Upendra Pai, and Vaman Kudva founded Syndicate Bank at Manipal, Udupi, Karnataka in 1925, and in 1969 with other banks, it was nationalized. The headquarters of the bank are still in Manipal, Karnataka, and they have 4063 branches and 11 extension counters in all the states and 7 Union Territories. They also have an oversea branch in London, UK and the number of staff in this bank is more than 22,000 people. Market Capitalisation of this bank is Rs. 8,400.05 crores and it has total assets of Rs. 311,278.86 crore.

Indian Bank was created on 15th August 1907, as part of the Swadeshi movement and it has more than 20,000 employees. It has more than 3000 branches all over India, even in Colombo and Singapore. Indian Bank is a holding company to ”IndBankHousing Ltd.” And ”Indbank Merchant Banking Service Ltd”. Market Capitalisation of this bank is Rs. 9,3998.14 crores and it has total assets of Rs. 280,388.28 crore.

This is the bank in India which offers one of the highest savings account interest rates in India. The interest rate is up to 6% on your saving account, that means you can earn the same fixed deposit interest rate on your saving account without locking your money.
The best savings account in this bank is Kotak 811 Digital Bank because it is a zero-balance account that you can open online via your mobile and the whole process of getting an account is paperless. What do you think about opening a savings bank account from your sofa in the living room? It is great, isn’t it?

If you are looking for the best banking technology service this is the perfect pick for you because the tech experience starts with the iMobile banking app which is one of the most user-friendly on the market, at the moment. This banking app is secured by using PKI end-to-end 265-bit encryption, and you can check transactions and balance, transfer funds, open MF, FD, RD PPF, and NPS accounts.
You can also pay bills and insurance premiums via this app. If you are a tech-savvy person and want to make banking transactions via mobile this is the bank for you.

This is the perfect choice for you if you need a global banking service. It has 4000 branches across 42 counties, and they have Citi Global Transfers and Wire Transfers. If you need a service of automated clearing house or foreign currency draft, they also had it. 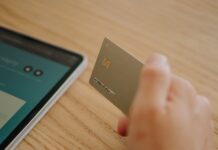 Why Is It Beneficial To Use A Credit Card? 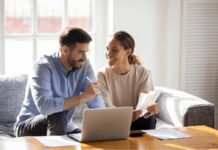