Cancer is often associated with environmental toxins and tobacco smoke. People sometimes think of alcoholic beverages as useful for preventing or addressing certain types of cancer. However, alcohol itself is officially considered a carcinogen by modern medical authorities. In fact, it might be a more dangerous carcinogen than many of the others that have been more familiar to people recently.

Certain carcinogens are known to cause specific types of cancer. Oftentimes, those carcinogens will cause a type of cancer that is difficult to treat. The consumption of alcohol has actually been correlated with multiple types, making it a particularly severe carcinogen. Alcohol specifically may contribute or cause the development of cancers in the body’s digestive organs.

Patients who have alcohol use disorder may be more likely to get stomach cancer in particular. However, it’s also relatively common for heavy alcohol drinkers to develop liver cancer, bowel, mouth, esophageal cancer, and cancers that affect the larynx and pharynx. Alcohol consumption is also associated with different types of breast cancer.

The causal mechanism behind these correlations may be complex. It’s possible that consuming a substance like alcohol directly harms many of the organs that it comes into contact with as people drink the alcohol itself, which would explain why so many digestive organs seem to be affected by a person’s alcohol use. Many other types of cancers fit that pattern. The people who chew tobacco are more likely to develop mouth cancer than members of the rest of the population.

While cigarette smoking is capable of causing multiple cancer cases, it’s still most strongly associated with lung cancer for a reason. The act of inhaling and exhaling the toxic smoke exposes the tissues of the lungs to these chemicals.

Alcohol consumption does not seem to be strongly associated with lung and similar cancers, which suggests that the carcinogen’s direct location might matter. Still, since alcohol is associated with cancer types that are unrelated to the digestive system, there may be additional biological mechanisms at work.

Alcohol use might be particularly risky for people who have had relatives who had cancer. Those relatives may have used tobacco, or they could have been exposed to other carcinogens.

It can spread throughout the body. People who have a family history of one type of cancer might still get cancer that affects another organ or organ system. Many people spend time trying to find different ways of reducing their odds of ever getting cancer, or at least making it less likely. It’s a common concern for people today. Some individuals might try to focus on avoiding dietary carcinogens. However, there’s still lots of debate among experts about which foods are genuinely carcinogenic, at least in some specific cases.

Alcohol use disorder patients will immediately reduce their chances of getting cancer by getting the treatment that they need. They can learn more about the centers that can help them. It’s possible that the people who decide to drink even somewhat less frequently will lower their chances of getting cancer. Patients who drink heavily will experience even more of an improvement, especially if they’re careful to get the condition professionally treated when it’s possible to do so. Alcohol use disorders have long-term risks.

Types of cancer caused by alcohol

Drinking alcohol in moderation can damage your body’s systems if you are not careful.

There is much evidence to suggest that alcohol is carcinogenic, but we do not often believe it to be as harmful or harmful as other substances such as tobacco. The following types of cancer can be caused by alcohol:

If you care about your liver, it will help you moderate your beverage habits.

Apart from lung cancer, colon cancer is the second most deadly form that can be diagnosed.

Therefore, you absolutely do not want to take the risk of drinking alcohol frequently.

One of the effects of alcohol in breast cancer.

Rectal cancer is closely linked to the intestine and colon. But they are not the same and there are differences in treatment for everyone.

Your larynx is what many people usually refer to as voicemail. These are structures in your throat that connect your vocal cords and your ducts to your lungs.

About the neck and throat, the larynx is not the only social biological structure for your consumption habits. Your esophagus or the tube that connects your mouth to your stomach is also a risk.

Finally, the oropharynx is another part of the throat and digestive system at serious risk if you drink alcohol frequently. The base of your language, your tonsils, and the parts of your throat is part of the Oropharynx.

Successfully reveal the link between alcohol and cancer, researchers have found for the first time a simple and plausible explanation for why alcohol can cause damage to our cells, namely by causing damage to our DNA.

The breakthrough is claiming to explain the shape of seven types of tumors, including those of the mouth and throat, liver, colon, gut, and breast.

When the alcohol is decomposed into the body, it forms a toxic chemical, called acetaldehyde.

A small amount of acetaldehyde can be cleaned by our body. However, there is too much damage to stem cells (stem cells producing new cells) in our body. This raises the risk they will go thug and form cancerous tumors.

It is estimated that nearly six percent of all cancer deaths around the world can be attributed to alcohol.

The body can get rid of acetaldehyde by producing enzymes that break down the chemical. Another protective mechanism is the different DNA repair systems that allow them to repair and repair various types of damage. 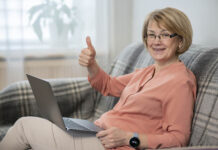 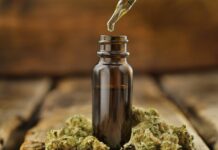 6 Tips on How To Cure Muscle Aches Using CBD 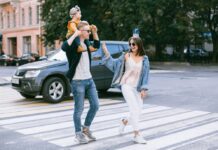 What to Do After a Pedestrian Accident 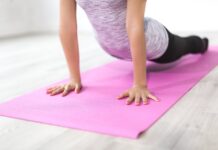 Top 3 Benefits of Getting a Pilates Certification 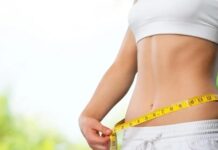