PMCAOnline
Home Business All the Different Types of Digital Signage

There is much to be said about the benefits to be had in all the different types of digital signage, some of which you have probably heard about. However, with a new generation of digital signage that elicits audience engagement, words simply cannot express just how effective this next-generation technology can be.

From capturing the attention of people on the streets blocks away on a super-sized outdoor display, to an indoor LED flexible display, the advances in recent years are beyond amazing. In fact, even advances in LCD digital signage are worthy of mention, but for many reasons, LED digital displays are more in keeping with today’s focus on sustainability. Let’s start there.

The Difference Between LCD and LED Digital Signage

To begin with, they are really two different technologies. LCD is an acronym for Liquid-Crystal Display whereas LED stands for Light Emitting Diode displays. According to the science behind the two technologies, it is said that LED displays produce better contrast than LCD displays.

This makes for a much clearer picture. The other main difference in visuals is that an LED screen provides an RGB contrast that results in truer blacks and whites, rendering a much more lifelike image.

As for how the light is produced, LCD displays use fluorescent lights whereas the light produced in LED screens is, as the name implies, the result of light-emitting diodes. This is where sustainability may factor in. Today’s businesses do well to focus on sustainability because the majority of consumers have gone green.

There is a considerably lower amount of toxic waste when disposing of LED screens because the gases that produce light in LCD fluorescent lights can present real dangers to the biosphere.

It should be noted that there are elements such as copper and other metals on the circuit board of LED displays that call for proper disposal as well. It’s just not as hazardous, by far, as the toxic elements in other forms of light technology. With that said, it should also be mentioned that there is, in fact, LCD digital signage with today’s state-of-the-art LCD technology that can rival some of the best LED digital signage.

This is a very good place to start simply because of all the features this type of LED digital signage offers. It’s a flat panel display that is modular. This means that instead of looking for a display that fits the size of the wall you can fit the display to the wall, any wall, any size. The height of the ceiling doesn’t matter either.

An LED Indoor Video Wall is also extremely easy to maintain. You can simply lift the front panel forward and out so that the interior can be serviced. There’s nothing quite like the ease at which a large video can be accessed and with the quality of the images, you could ask for nothing more. And the best part is that there are other types of LED walls that can be used throughout your facility so that you can provide better engagement as a person strolls from one location to the next. In fact, click here to check out different LED video walls to use in tandem with the larger LED Indoor Video Wall.

These are often used in entry lobbies as well but can be used throughout a business. Floor mounted Flexible LED digital signage has proven to be highly effective in eliciting customer response.

If you’ve ever walked or driven through a busy area of a major city anywhere in the world, you have probably seen an LED Outdoor Large Format Digital Display. These are huge screens that can be seen from great distances even in the brightest sunlight. Due to the technology of LED outdoor displays, they can be seen clearly in any light and are one of the most effective forms of outdoor visual marketing.

They are weatherproof in that they are housed in a protective outer casing that has been manufactured to keep out any environmental contaminants such as dust, pollen, rain, and snow. Some cities use them as video displays for events such as welcoming in the New Year so that the crowds located too far from the festivities at midnight can see the activity.

These are also used to express community messages and you will often see greetings to visiting dignitaries and welcome home messages to servicemen and women returning from a war-torn zone. The difference in expressing these kinds of messages on such a large screen format is that they can be easily seen by anyone blocks away instead of just to passers-by on the street.

There really is no way to discuss all the different types of digital signage because there are just too many of them. They can be seen from large format outdoor video walls to small LED digital signage that is mounted along walls to indicate the direction of movement or over doors to indicate what lies within.

There are types of digital signage outside banks and financial institutions that scroll market data in real-time and there are digital signage options in retail stores, including those that announce spot promotions and discounts that are spontaneous and time-sensitive.

However, when all is said and done, they are one of the most cost-effective forms of location marketing available as well as being one of the most environmentally safe forms of digital signage technology important to today’s consumers. With so many options available, there is sure to be a type of digital signage that meets your needs indoors or out.

We’ll leave you with one last thought that, although cliché, is perhaps, the most important point of all. They say a picture is worth a thousand words and if you want actionable proof, check out all that digital signage is doing for businesses of all sizes and in all industries. Seeing truly is believing. 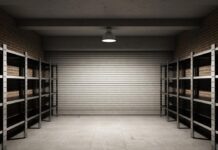 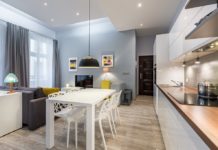 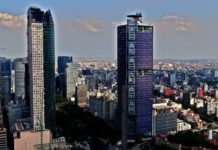 How to Check if Your Building is Earthquake Ready