Gary Vaynerchuk has been named the first wine guru of the YouTube era. He is also a Belarusian-American entrepreneur, New York Times best selling author, speaker, and Internet personality. Let’s learn more about his life, career, and earnings.

On 14th November, 1975, in Babruysk, Byelorussian SSR, Soviet Union, Gary Vaynerchuk was brought into this world. He is of Jewish descent. In 1978, when he was only three years old, his family immigrated to the United States. At first, Vaynerchuk and eight other family members lived in a studio apartment in Queens, New York. After that, the family moved to Edison, New Jersey, where Vaynerchuk had a lemonade stand. During the weekends he was trading baseball cards which earned him thousands of dollars. When he turned 14, Vaynerchuk became a part of family’s retail-wine business. He attended North Hunterdon High School. In 1998, Vaynerchuk graduated with a bachelor’s degree from Mount Ida College in Newton, Massachusetts.

Thanks to his natural talent for selling and his critical eye, Vaynerchuk gained fame and success in his business ventures.
In 1998, after his college graduation, Vaynerchuk worked at his father’s Springfield, New Jersey store, named Shopper’s Discount Liquors. When he took control of the store, he rename it to Wine Library. Soon after, he decided to sell wine online, and also start a daily webcast covering wine, which he named Wine Library TV. This turned out to be a great idea, showing that Vaynerchuk is able to adapt to the changing world. E-commerce and pricing strategies helped Vaynerchuk grow his business from $3 million a year to $60 million a year. And it all happened in five years.

In 2009, he decided to go one step further, by creating a digital ad agency VaynerMedia. The agency was focused on helping large brands on social media, and it was founded by Gry and his brother AJ Vaynerchuk. Its clients include NHL, Pepsi-Co, General Electric, Angeuser-Busch, Mondelez International, and other. VaynerMedia even partnered with Vimeo, a video-sharing website, to connect brands and filmmakers for digital content. In 2009, Vaynerchuk signed a 10 book deal with HarperStudio. His first book titled Crush It! Why Now Is The Time To Cash In On Your Passion, ranked number 1 on the Amazon Best Seller List for Web Marketing books. So far, he had released 4 books.
The Belarusian-American entrepreneur is also known for his decisions as an angel investor. He has invested in numerous startups including Facebook, Twitter, Tumblr, Uber, and Venmo. He even started VaynerRSE which acts as an incubator for startups. His investment in sports agency Symmetry inspired him to provide full-service athlete representation through VaynerSports.

Gary Vaynerchuk’s net worth is estimated up to $160 million. It is believed that his net worth will grow with years to come and that he will continue to expand his ventures. 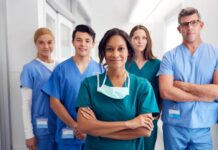 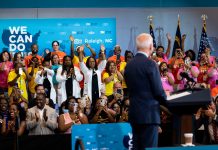 Aspiring Politicians: 12 Ways To Grow As A Future Policy Maker 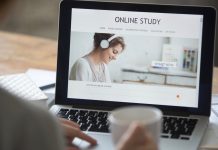