PMCAOnline
Home Tips What Are Some Issues to be Aware of Regarding Nursing Homes?

Most people believe that taking care of your elders is as simple as getting them into a nursing home. While most nursing homes do provide them with the care, support, and love they need, it goes without saying that you shouldn’t just pick a home randomly. Why?

Because, as with everything else, quality and environment play a big role in such facilities. After all, these homes and the people working in them have to take care of not only one, but a group of elders for long periods of time.

Therefore, just as seniorjustice.com mentions, one has to know how to identify nursing home neglect or, even better, prevent or avoid it entirely. Here are some nursing home issues that everyone should be aware of!

Naturally, this could be regarded as a worldwide issue since, going into care is meant to create a better, easier time for the senior patients and their lives are pretty much in the hands of the staff. For example:

All of the above can be noticed during visits to the nursing home. Even if your schedule might not allow it, we still recommend a serious visit that would allow you to look at the possibility of such issues at least once a month.

Obviously, it’s much better if you come unannounced.

Speaking of visits, the management personnel of nursing homes might also impose visiting hours on friends and family. While they might offer you a good reason for that, there’s actually not one realistically.

A nursing home is not a hospital and, unless we’re talking about viral infections or other such complications, you should be able to visit your elders whenever you want.

We’d recommend you to stay away from the nursing homes that have strict and specific visiting hours.

3. Little to No Legislation

One common issue of nursing homes is that, overall, they are not backed by some sort of legislation. In quite a lot of countries, the law doesn’t ensure quality management in nursing homes.

Ultimately, quality becomes a plus instead of a must-have. The downside is that this particular issue cannot be addressed or taken care of legally or administratively. You’ll have to rely on visits and inspections to make sure that your elders are properly taken care of.

4. Little to No Budget

At the same time, quite a lot of nursing homes don’t have the necessary budget to take in new/more residents – even if they charge quite a lot for the services they offer.

For example, the lack of budget keeps services and features anchored in the non-internet age, so to speak. An online report system or live surveillance, to name a few things, could drastically change the way that some nursing homes function and might also increase their budget in the long run.

When looking for the perfect nursing home, it’s better to settle for the one that’s budgeted for properly, even if it comes with higher costs.

Regular, well-managed nursing homes know to instruct their employees to report every single incident that occurs under their supervision. Since we’re talking about elders and seniors here, cuts and bruises or the likes can be dangerous in some situations.

At the same time, nursing home employees wouldn’t like being blamed for a bruise that was already there when they started their shift. In short, a reporting system that’s checked regularly can take a nursing home far in terms of quality – it’s better to acknowledge issues/injuries rather than try to hide them!

This seems to be a rather common issue, unfortunately. Upon registering their senior in a nursing home, people will often hear that Medicaid doesn’t actually ensure nor pay for a particular service.

Naturally, such nursing homes prefer being paid themselves rather than offering residents services that Medicaid ensures for them. For many, this is the lowest low for a nursing home.

What’s even more spectacular is that, according to the regulation in place, Medicaid residents are to be treated in the same way as any other resident of a nursing home. Basically, homes that deny Medicaid benefits are only after the money a resident might bring in.

One should not only stay away from such homes that practice discrimination but also report them to the authorities!

In some cases, the staff of nursing homes might even deny medical treatment to one of their residents, claiming that it is not included in the services that they paid for. Obviously, that’s wrong practice!

Keep in mind that even drivers have to stop and try to offer assistance to fellow drivers if they’ve been involved in an accident. In short, ignoring someone who needs medical assistance is a punishable offense.

The same applies to nursing homes. Service included or not, if a resident needs assistance, the staff must offer it to them while waiting for an ambulance or other treatment.

As you can see, there are more than a few issues that can be found in nursing homes throughout the world. The sad part is that most of the above are usually found in those homes located in the good parts of the city or in the richest cities of the world.

Elders are more likely to be properly taken care of in poor regions rather than in high-end/top nursing homes. But this is not guaranteed. The main caretaker of a senior must do their best to find the ideal nursing home, namely one that takes reporting issues and adequate care seriously.

Usually, if you are allowed to spend a day exploring the nursing home complex and talk to both residents and staff, then you should have nothing to worry about in terms of these issues! 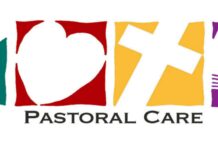 The Importance of Pastoral Care in Schools 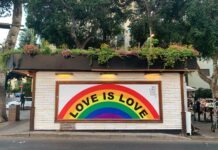 A Solution That Covers all Gender Communities 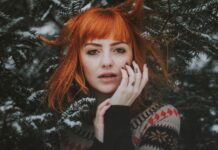 How to Deal With Winter Hair Woes 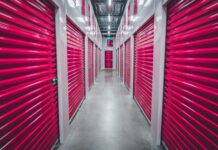 The Benefits and Shortcomings of Hiring a Self-Storage Unit 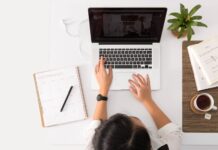 Why use a Labor Hire Company for when Recruiting Staff? 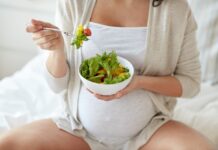 6 Tips For Maintaining A Healthy Diet During Pregnancy – 2020 Guide 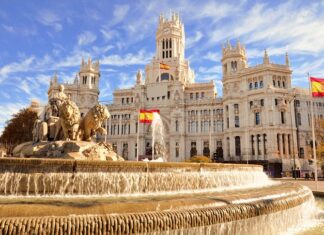 Nina Smith - August 3, 2021 0
The "Old Lady" is perhaps the continent with the best destinations in the world. This is said by many tourists who have been to...

Why is Owning a Sex Doll still so Weird