One year ago, in June 2018, the Board of the Pasadena Museum of California Art voted and decided to close this museum after more than 16 years of showcasing. Nine full-time employees and three part-time attendants of the museum were left without a job after this shocking decision. The exhibitions displayed at the time were left to run until October.

Located at 490 East Union Street, the Pasadena Museum of California Art was founded in June 2002. It was intended to honor the rich and eclectic artistic and cultural history of California, as well as to combine both historical and contemporary art, which made it even more significant. Whether you were looking for the works of plein-air painters inspired by the region’s mountains and deserts or you wanted to admire the works of contemporary artists, you’d see that both groups were equally celebrated in this museum. There was not a permanent collection, but rather temporary exhibitions with independent curators, so there was always something new and interesting to find there. Wesley Jessup, the founding director, then decided to even broaden the initial decision so that the museum’s mission encompasses showcasing design and architecture, as well.

According to Smith Bautista, the executive director, “There were four Board Members that were not in attendance. So, the Board Chair was able to speak with those four Members personally and then by email.” She continued to express her sadness caused by this decision, saying: “The museum has a great legacy. The legacy is strong. It’s all amazing exhibitions and publications and programs devoted to California art and design from the 1800’s to the present, and it’s done a great job. It’s informed a lot of people and motivated and employed a lot of people thanks to its amazing supporters, its members and donors, and sponsors. It’s been an amazing community.”

Bautista also explained: “The museum has had a lot of internal challenges for many years — governance, legal issues as far as the building goes, operational challenges and funding. We don’t own the building. We rent it from the museum’s founders, Bob and Arlene Oltman, who still live on the third floor of the building and both sit on the board.”

Scott Ward, Executive Director of the Armory Center for the Arts, was also sad to hear that they’d decided to close this great museum. “The news of the museum closing is startling and profoundly regrettable. This decision, I am sure, was driven by financial realities and reflects the collective challenge with long-term sustainability. The museum has made tremendous contributions to our region and it will be sorely missed. Its commitment to our communities, with a focus on our state, will not be easily duplicated. My heart goes out to all who have worked tirelessly over the years and I congratulate all the successes along the way,” he said.

Furthermore, Jay Belloli, the former Pasadena Museum of California Arts Interim Executive Director, revealed that he himself was not only sad, but angry, too, when he learned that they would close the museum. He said: “I’m very distraught by the news, that’s all I can say at this point. I think this is really stressful to me because I think the museum is very important. It really focuses on California art. That is a really important subject and it’s been a major contributor to the cultural life of this city, let alone of people beyond this city. So I’m at a loss.”

Some might have blindly believed that they decided to close the museum due to financial difficulties, but Belloli expressed some doubts; here’s what he had to say about this explanation: “As far as I ever knew about the finances, they were always challenging, but not distressfully so. All I know is that basically in the last two years, I think the museum ended in the black, and so I don’t understand. That’s all I can tell you.” He also added: “I’m trying to drink it all in here and I think I’m probably also angry because it’s been an important institution and I’m angry that the Board has decided to go forward with this.” 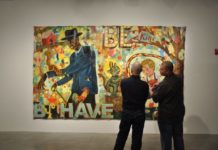 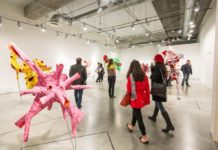 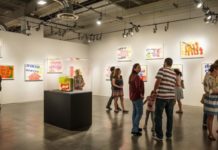