Mentioning 2010 does not seem to take you back to a faraway past. However, it does. It does not seem that far but it has been a decade and a year more. And this decade has surely brought a lot of change in our world. The technology? It’s mind-blowing. A decade ago, cell phones were just being introduced in a lot of countries. However, now, every single child is having a phone in his hand.

Just like that, the music industry has also changed a lot. Music also involves a lot of technology. Of course, the voice notes, lyrics, and music matter but they all get together through technology. The way music is being produced t the way it is publicized and how we are listening to it. All these steps use a lot of technological programs. And everything has changed to what it was a decade ago.

Various singers are also songwriters but none of them were audio engineers before. Singers were known to sing the song and songwriters had the job to write the lyrics. Similarly, audio engineers were responsible for taking care of the technical stuff. However, after a decade of changes, a person can do it all.

For example, you can go to razklinghoffer.com and know about “Hamster”. He is a singer who writes his songs and also produces them on his own. And at the top of all, he is also an audio engineer. So he writes his songs, sings them and manages them in his studio.

The changes that we have observed in the past years are:

Chorus was a popular trend in pop music since the 1960s. The verses follow the chorus and almost all the popular songs had this pattern. However, things changed in this decade. A lot of singers got rid of the chorus part. Although the chorus is still a part of songs but not all. Its dominance has decreased significantly.

One of the biggest examples of this anti-chorus trend was the “Dark Horse” by Katy Perry. Listeners expected a chorus where there is a bass drum. Moreover, a lot of music critiques pointed out this thing that there should be a chorus instead of drums. But what could possibly be done? Well, later on, a lot of other singers followed the pattern.

This technique was nothing new in the music industry because it has been a part of dance music. However, for pop, it was something new and refreshing. The audio engineers did a good job and compressed the beats so that they fit perfectly to the pop.

So the new trend was known as a pop drop. This was a completely new thing to listen to and that is why it attracted a lot of attention.

So to put it simply, the pop culture of all those years changed in the last decade.

Previously songs would go as long as 5 to 10 minutes. Some Asian music genres reached 18 and 30 minutes too. A famous singer from Pakistan, the legend Nusrat Fateh Ali Khan used to sing his Qawallis for as long as 30 minutes. Although this was not the culture of western music but they were also a bit longer than now.

The minimum song length used to be 4 to 5 minutes. However, in the last decade, this time has been shrinking. As a result of this, in 2013, the Billboard Hot 100 songs were 3 minutes and 50 seconds long. So the best songs were only 3 minutes and a few minutes long. This was not a thing in the past century. So yes, a lot changed in this aspect too.

And as if this was not enough, one of the biggest things in the music world happened. Lil Nas X broke all previous records of short songs. He released his “old Town Road” that was only 1 minute and 52 seconds long.

Shorter songs are becoming a trend because they can make more profit for them. We are now living in a technological world and listeners use streaming platforms. So if someone plays a song, the streaming service provider pays the singer. The more plays, the more will be the profit. Therefore, someone can play Old Town road 3 times instead of Runaway that is 9 minutes long.

Another drastic change in the music world is the auto-tuning option. Singers can sing comfortably and if they are out of tune a bit, the software can correct that. So all you need to have is a good voice, not the perfect tune. Just like auto-tuning, there are also electric guitars and a lot of other digital instruments.

But what’s next is the way singers sing and record their voices.

Singers used to sing with all their might and made their songs the best. However, now people listen to songs through headphones and earbuds. Therefore, high notes and high pitch sounds are not preferable. The ubiquity of earphones is making the singers sing in a quiet voice.

The biggest example of this trend is Billie Eilish. Her voice is quiet in the songs but you can listen to it comfortably. Furthermore, when you hear through earphones, it sounds really intimate and whispering. Thus, it will feel like someone is speaking directly in your voice.

So keeping in mind the performance of earphones, the singers’ voices and tunes are changing.

Another example of such a trend is Salena Gomez. Her songs also feel close up, as if you are in the same room. 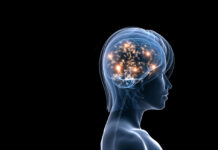 Can a Person Change Their Intelligence? 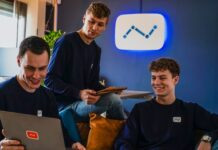 How to Have Advanced and Premium Features of Youtube Application 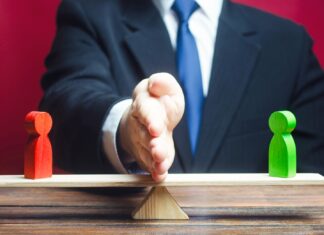