As one of the top street art cities in the world, Berlin attracts millions of tourists annually. Considering that the history of Berlin is associated with cruelty and suffering, locals have often used street art as an expression of their thoughts and opinions. This kind of art played such an important role in the development of the city that it was decided to open the first street art museum in 2017 there. Nowadays, it is impossible to imagine a trip to Berlin without visiting at least several places known for graffiti. Thus, the list of the best tourist destinations with street art is provided below.

This attraction is probably the first place of street art, which comes to mind to the majority of tourists. In fact, it is considered the longest stretch of the Berlin Wall, as it lasts for over 1300 m. Situated near the center of the country’s capital, this landmark has been transformed several times in the past decades. However, there are elements that have been existing since 1990. For example, the “Fraternal Kiss” and Thierry Noir’s cartoon faces are the most recognizable parts of the local street art. It is recommended to come here and take some pictures for Instagram.

Even though this location is not as popular as the previous one, this street art alley still impresses visitors with its murals, graffiti, and paste-ups. Located on the territory of Mitte district, Haus Schwarzenberg has been repainted by a variety of famous artists, including El Bocho, Miss Van, Stinkfish, and Otto Schade. The portrait of Anne Frank is an essential work of art, which is why it has been untouchable since 2012. However, it is important to note that graffiti on this alley changes on a regular basis. By the way, this alley is known for numerous options of shopping, entertainment, and dining. Therefore, tourists can easily combine sightseeing with other activities.

If you aim to find a place where numerous street artworks are combined, you should definitely consider this museum. Opened in 2017, Urban Nation demonstrates one big exhibition each year. Initially, the museum was opened with an intention to foster young talents and highlight the importance of contemporary urban art. Today, locals and tourists have the opportunity to admire numerous exhibits inside the 2-floor establishment that used to serve the functions of a residential building. Also, the museum contains a library as well as twelve apartments for Urban Nation Artists.

Located in Kreuzberg, this street art depicts three international leaders in politics. The most interesting thing about this attraction is the fact that all politicians are painted in the classic Buddhist pose of the three wise monkeys. In order to take pictures with this painting, Instagrammers from different parts of the world head to Berlin. Despite the fact that it was created in 2014 when Obama was the president of the US, this street art is still tremendously popular among tourists. City residents recommend getting to this place with the help of UBahn, as the train station Mortizplatz is situated nearby.

In order to find revitalized industrial buildings covered with graffiti and street art, head to Raw Gelände in Friedrichshain. This cultural center has been attracting numerous creative minds since 1999. In the past several decades, this area has been occupied by a variety of cafes, an indoor skate park, a swimming pool club, and a flea market. In terms of graffiti and street art, pay attention to a large tucan painted by a Portuguese street artist named Bordalo II.

This person is known in Europe due to the fact that he uses garbage to create interesting installations. Usually, locals perceive this destination as the best place to admire the street art in the city.

As a sort of street art urban gallery, Dircksenstrasse should be explored following the elevated train tracks. If you follow this route, you will be able to notice how the first paste-ups turn into posters, stencils, and sculptures. Just like the rest of street art, it regularly changes. Therefore, some elements of the urban gallery might have been removed by now.

At the same time, there are numerous representations that have been untouchable for many years. For instance, El Bocho’s “Little Lucy” is one of the most popular street arts depicting a cute cartoon girl who is trying to kill her cat. The majority of tourists take home fun memories of the time they walked across Dircksenstrasse.

This landmark is widely known as a mecca for street art fans, as well as movie-lovers. The exterior of arthouse cinema impresses people with a mix of paste-ups, stickers, stencil artworks, and graffiti. The cinema used to serve functions since the beginning of the 20th century. Nowadays, it is closed, although there are ongoing discussions regarding the best ways to preserve and reopen this attraction. Many locals tend to make their marks on the walls of this building, which is why street art and graffiti change rapidly there.

Accordingly, visiting this place is a great choice to finish the journey related to exploring top places for street art and graffiti in Berlin.
If you want to learn more about tourist destinations in Berlin, feel free to visit HotelFriend. This platform can also be used to find the best accommodation options in the city. 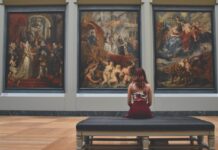 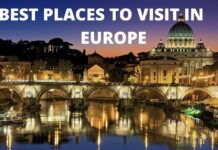 5 Best Places In Europe To Visit 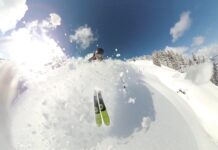 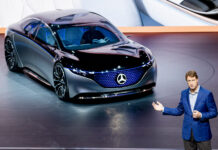