Cricket is a hugely popular sport around the globe, drawing in a crowd of over 2 billion fans from all over the world. Despite the sport’s massive popularity in the world, many European countries are not hugely invested or interested in the game. However, the passion for the sport runs deep in those countries where it is present. Let us take a look at a few countries where the love of cricket runs deep.

Countries Where Cricket is Hugely Popular

Naturally, the first country we must mention is the country where it all started. Cricket got its start in the 1500s in England, where it developed from a children’s stick-and-ball game. Today, while cricket is not the most popular sport in England (that honor goes to football), it is still hugely popular, drawing in a huge crowd of Englishmen and women who tune in to the various matches and formats that the game has to offer.

Lastly, the sport is most popular in the Southasian subcontinent. Countries like India, Pakistan, Sri Lanka, Bangladesh, etc. are all major proponents of cricket. In fact, cricket is the most popular sport, by far, in all of these countries. The Indian national team is one of the best in the world, and Pakistan has produced some of the most popular players.

While these are the countries where cricket is the most popular, they are not the only ones who enjoy the sport. There are quite a number of countries all over the world where cricket enjoys massive popularity. For those curious to learn more about European cricket, you can check out fixtures and cricket scores on www.sportsadda.com.

So, just what are the most popular European leagues in cricket? In this article, we are going to go through a few cricket tournaments that enjoy popularity in Europe.

The League’s founding members include eight European countries, namely Spain, the Netherlands, Russia, Italy, Denmark, Romania, France, and Germany. The goal of the League was to popularize the sport of cricket around Europe. The inaugural European Cricket League tournament was held in 2019, in Spain. The competition ended when the Netherlands team, VOC Rotterdam beat the German team, SG Findorff in the finals. Sadly, during the following two years the European Cricket League tournament could not be held, however, in 2023, the sophomore game of the tournament was held, and was won by Spain’s Pak I Care Badalona team. They defeated Tunbridge Wells in the finals.

The T20 Blast comprises 18 of England’s and Wales’ best cricket clubs and has been going strong since 2003. The competition is divided into two different division formats. The Two Division Format comprises the North and South Divisions, with both divisions having 9 teams competing to reach the final. In the three division team, the 18 teams are divided into three divisions, the north, south, and central divisions, each comprising six teams. The six teams in each division compete among each other, attempting to reach the final.

The current champions of the T20 Blast are the Kent Spitfires. The club represents Kent in first-class cricket in England and Wales and has had quite a bit of success in the scene winning their second T20 Blast title in 2023. The most successful team in the T20 Blast is the Leicestershire Foxes, who have, thus far, won three T20 Blast titles. 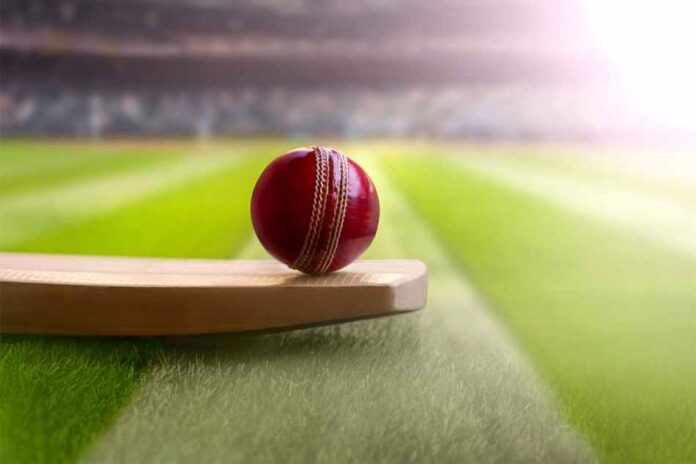 According to the official ICC website, England’s national cricket team is the 2nd highest ranked in the world, only surpassed by New Zealand. As we mentioned earlier, cricket originated in England, and it is still majorly popular in the UK today, so it comes as no shock that two of the most popular European cricket competitions are held in England.

The County Championship is an annual cricket event organized by the England and Wales Cricket Board (ECB). As far as this list goes, the County Championship is the oldest title, having first become official in 1890. The history of the County Championship’s origin is not fully known, however, most believe that it developed from rivalries among counties, most notably Kent’s and Nottingham’s cricket clubs. Though it is worth mentioning that county cricket matches have been played since the late 1600s and early 1700s.

Today, the top-performing club in the England and Wales Cricket Board’s County Championship is the Yorkshire cricket club, which has racked up 32 titles on its own. Their most recent title came in 2015. The LA captain of the Yorkshire club is Dom Bess, and the T20 Captain is David Willey, while the club is coached by Ottis Gibson.