Primary health care physicians when treating men commonly hear the complaint that they “can’t get hard” or they “can’t keep it up”. Over the past two decades, the treatments for erectile dysfunction (ED) have improved and proliferated. The common prescriptions for this condition are Viagra, Levitra, and Cialis. These medications have been very effective for 75 percent of patients trying them. Patients regain the ability to have and keep their erections. But for the other 25 percent, there are no effective medical treatments. Furthermore, a significant percentage of men cease their medication altogether. The explanation for this lies in the fact that ED is not just a medical condition but has psychological components as well. ED could be a result of various psychological and psychiatric conditions, surprisingly… anxiety and perfectionism being the most common causes.

Many men believe that their sexual performance and being able to have and maintain a firm erection defines every sexual act and experience. While men attempt to determine why they have ED the typical male assumptions about male sexuality and virility in general come to the surface. So many men have the belief that a “real man” is able to form and hold an erection until their partner is satisfied. If their partner also holds this belief the situation is going to deteriorate from there.

Performance anxiety is a huge contributor to ED. This is a psychological condition that can be pervasive and affect many areas of a person’s life, not only sex. It’s the fear of failure and the anticipated embarrassment that would follow should they not be able to form or hold an erection when they most need it. The man would commonly have thoughts running through their mind such as “Am I getting an erection?” or “Can I keep it up long enough to orgasm?” These thoughts trigger a cycle of anxiety because the thought of possibly not achieving an erection actually results in the inability to have one.

According to clinical psychologist Dr. David Metzner (drmetzner.com), the cycle begins by a man fanaticizing having a good sexual experience and this leads to him feeling pressured to perform well. When they are not able to achieve a solid erection, they imagined they start to feel inadequate, embarrassed, shameful, and guilty. Their negative thoughts return and they in turn are accompanied by performance anxiety and self-blame.

This negative cycle can last for long periods of time. In order to break through the cycle, it’s important for men to first realize that it’s happening. Once the cycle is recognized and acknowledged by the man, he can now start changing his destructive ideas about sexual performance that don’t help the situation. The first thing that must be recognized is that when they have these unrealistic fantasies, they’ve created an unattainable ideal and are doomed to fail.

Men need to realize and accept that they don’t need to be rock hard every single time they engage in sex. There has been researching was done that shows that many men that have ED in fact underestimate the firmness of their erection during sex. Men with ED need to understand that most men occasionally have difficulty with sex. This is normal and therefore they are no different. Research has shown that most men who are healthy do experience episodes of erectile dysfunction and even failure. This does not indicate that these men are impotent or that they have something wrong with them. This happens to most men from time to time.

In western countries, we’ve been conditioned to expect “immediate gratification”. When we want something, we want it now. This idea has an effect on our relationships and of course, affects sexual performance by creating unrealistic expectations. Men feel pressured to have an erection immediately and to perform like a rock star. This idea of having immediate gratification ignores the reality that sexual performance, like anything else, is learned and this takes time and practice. To become a master of sexual performance requires the same commitment that it takes to become exceptional in a sport or any other activity. The practice is the key here and in terms of sexual performance, it’s an ongoing process that can take a lifetime.

When someone reframes in their mind the idea that this is an evolving and ongoing process that can change and improve, they are able to lower their own expectations and the pressure that could be causing their ED. If you want to look at an example from sports you can take Michael Jordan. Early in his career, his most prolific way to score was dunking. But as time went on, he started to rely more on jump shots. The results didn’t change as he continued to score using different tactics.

Very often when a man is continuously unable to form a solid and lasting erection this ends the couple’s sexual interplay altogether. If couples could accept that good sex doesn’t necessarily need to culminate in intercourse. There are many different ways to stimulate each other sexually besides sexual intercourse. Examples of these would be sensual touching and massage, viewing explicit videos and role-playing, oral sex, and cuddling. Some couples use different types of food to bring excitement to their sexual activities achieving orgasm.

There are many innovative ways to be sexual and couples are only need to use their imagination. This can be a fun collaboration when the topic is introduced and the rule of no judgments is accepted and agreed to. Both parties are now free to share their fantasies and enjoy new ways of enjoying sex.

To get the dialogue going each party can privately write down a sexual activity that they used to participate in, but rarely do anymore. The couple can then talk about what each has written down and opened up about their ideas of what they individually think sexual intimacy is. Without being judgmental they can openly discuss their frustrations and what isn’t satisfying them. They can listen to each other about what they do find enjoyable and satisfying with the goal of finding new and different ways to express themselves together sexually.

It is crucial for men to be able to talk about the pressure they feel, their anxiety and feelings of guilt, embarrassment and shame regarding their performance. When they talk about it a sense of awareness, understanding and ultimately empathy can evolve in their partner. Together they can examine each one’s participation in exacerbating the ED.

If there are patterns in the relationship that are detrimental to their sexual relationship these should be identified and ways to change these patterns should be discussed. John Gottman’s book The Seven Principles for Making Marriage Work is a great way to start the discussion. If the couple reads this together, they will be able to go chapter by chapter and discuss their own relationship in this context. There are helpful exercises that they can complete and learn from. This can lead to a stronger relationship and create a good foundation for improved intimacy and sex life. 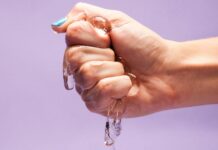 6 Lube Myths You Need to Toss in The Bin 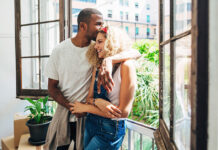 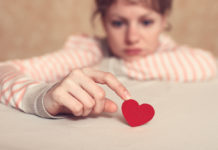