You don’t have to be over thirty to be a fan of the “RoboCop” franchise, but it certainly helps. If you’re over 30, you probably remember the original film and the first of its sequels. You might even remember the third film as well if you’re unlucky, but the less said about that the better. That first “RoboCop” film is a bonafide classic, and it still stands up well today. It’s the sort of movie that we’re happy to throw on when there’s nothing on television, and we want something familiar yet exciting to pass the time with.

For those of you who are under thirty (and lucky you if you are), your exposure to the “RoboCop” franchise might have been limited to the ‘re-imagined’ version of the film that came out in 2014. That six-year-old movie was supposed to be a relaunch of the whole franchise, with a string of sequels planned out to follow it. As you’ve probably noticed, no sequels came. The movie might have been made with the best of intentions, but it failed to excite audiences and endured some less-than-positive reviews. For a time, it was feared that this failure of a project might have killed off the whole franchise for good.

We now know for certain that this isn’t the case. “RoboCop” is alive as well both as intellectual property and a going concern. That was proven when Playtech released an official “RoboCop” online slots game based on the first movie to online slots websites in 2017. if a franchise is dead and there’s nobody left who’s willing to spend money on it, that online slots game would have been dead in the water immediately. It isn’t. It’s still online with more than seven hundred online slots websites like Dove Casino in the UK and several hundred more across the rest of Europe and Canada. Perhaps it’s that success that has persuaded someone to come back and make another attempt at reviving the brand. That someone is Ed Neumeier – the man who wrote the script of the very first film all the way back in 1987.

Persuading a movie studio to take on the risk of producing another “RoboCop” film after the failure of the last one is probably too much to ask for at the moment, so Neumeier is focusing on the small screen as opposed to the big one. He’s been in conversations with MGM about making a limited-run television series based on the iconic character and his story, and he’s recently confirmed that those discussions have ended with him being given the green light to go ahead and start production. That ought to be great news for “RoboCop” fans all over the world, but there’s a catch, and it’s quite a big one. This television series is a prequel.

You might be wondering what the issue with making a prequel is. Almost every successful TV show and the movie get a prequel these days, and we’re told that we might get up to five of them for “Game of Thrones.” That might be true, but there’s an obvious drawback to doing it with “RoboCop.” The events that turn everyday police officer Alex Murphy into the crime-fighting cyborg happen in the movie; he’s not already become the character by the start of the running time. That means that this “RoboCop” sequel won’t actually have the character of “RoboCop” in it at all. That might leave some fans wondering what the point of the exercise is, but Neumeier feels that there’s still a lot of stories to explore.

According to the writer, the film will investigate the events that led to the rise of the villainous Omni Consumer Products company in the first instance, and also the backstory of Dick Jones, the first film’s villain-in-chief. Detroit is already a city in dystopian chaos by the time the film starts, and so this television show will tell us how things came to be that way, what Dick Jones’ original motivations were, and how the police came to require the assistance of a shady tech and security company in the first place.

Neumeier believes that the lines between the corporate and political world are already blurred and that his nightmarish vision of Detroit isn’t as far removed from reality now as it was when he created the first film. He’s told the press that he’s looking forward to the opportunity to comment on Silicon Valley, corporate policing, and the relationship between business and technology. To us, that makes it sound like this is going to be a television show with a message.

At this early stage in the show’s development, we don’t have information about how many episodes might make up the series, or when we might be able to see them. We know that it hasn’t gone in front of the cameras yet, but Neumeier’s comment that he needs to get he pilot shot before he can persuade MGM to sign off on the rest of the series implies that we may at least have a script for that all-important first episode. Based on that, we think that a late 2023 or early 2023 transmission date isn’t out of the question if everything goes well. Alternatively, MGM might take one look a the pilot and decide that they don’t want anything to do with it. Nothing is ever guaranteed in the world of television, and in 2023 things are even less guaranteed than they were before.

While the idea of a “RoboCop” sequel without RoboCop might not sound appealing on first hearing, this has been done before. “Smallville” was technically a “Superman” prequel that didn’t have Superman in it. “Gotham” was a “Batman” prequel that didn’t have Batman in it. So long as you can make viewers invested enough in the script and the source material, you can seemingly make a franchise work without its main ingredient. The difference, in this case, might be that people are a lot more familiar with the backstory of both Batman and Superman than they are with RoboCop. It might take a lot to persuade people to watch this series if it ever sees the light of day – but we’re open to being persuaded. 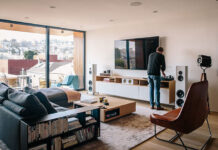 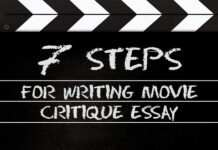 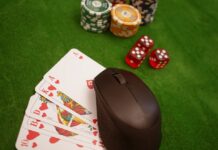 How to Detect and Prevent Common Online Casino Frauds? 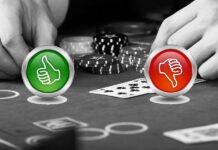 7 Top Online Casino Reviews That Should Be On Your Radar 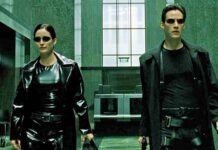 “The Matrix” Was More Subversive Than We All Thought