You must have seen priests and ministers wearing the same church vestments. These vestments can be easily distinguishable from a regular piece of clothing. They have several traditional clothing styles for different occasions which symbolises and represent several faiths and beliefs. These church vestments have an important significance and represent the background of Catholics.

If you are looking for tailored church vestment then head on to this website Watts and Co. to buy premium quality ecclesiastical garments, textiles and furnishings available at standard and customisable sizes. Request a quote today to shop a variety of church vestment including chasuble, stole, burse, veil, and maniple at affordable prices.

Further in this article, you will get more insights into the significance of church vestments and what they symbolize.

Different parts of church vestment and its significance

The vestment is derived from the Latin word which means clothing. In catholic tradition, it refers to a religious clothing style to be worn by priests and ministers at the time of liturgy. There are prayers associated with every part of the vestment derived from the Bible.

These prayers symbolise faith and belief that allows them to prepare for the Mass (a Catholic Eucharistic liturgical service) so it can provide them with the strength and remind them of their thoughts and beliefs. Here are the parts of church vestments worn by priests and ministers along with what they symbolize.

The amice is an optional piece of clothing as it is worn under the alb. It symbolizes and reminds of the helmet that defends against the temptations of the devil. The basic use of this piece of clothing is to protect the neck from the cold by keeping it warm and also absorbing the sweat around the neck.

A similar clothing style was also followed by Roman soldiers to be worn underneath their helmets to provide comfort. While wearing the amice the priest prays “Lord, set the helmet of salvation on my head to fend off all the assaults of the devil”.

Up next, comes the alb. An alb is an important church vestment worn by priests over the amice. An alb full-length long sleeves like a long white tunic fully covers the body till the ankle. It is not only worn by priests but by other liturgical ministries, altar servers, and even lectors who wear them quite often.

This church vestment symbolizes purity of the heart and it is mostly worn during baptism. This garment is immediately worn once the baptism is over as the symbol of the purity of the newly baptized. While wearing the alb the priest prays “Make me white, O Lord, and cleanse my heart; that being made in the Blood of the Lamb may deserve an eternal reward”.

A cincture is another Christian liturgical vestment that provides support to the alb. After putting on the alb, the priest will secure it with a belt which is made of rope or ribbon and worn around the waist. The cincture symbolizes and reminds of chastity and purity.

The cincture is mainly white but some priests wear a different coloured cincture based on the colour of the day or sometimes it depends on the liturgical season. At funeral ceremonies usually, a white, black or violet colour cincture is worn.

Also, there are two different types of cinctures one is a rope-like girdle and the type is a rope-like belt to be worn around the waist. While wearing the cincture the priest prays “Grid me, O Lord, with the cincture of purity, and quench in my heart the fire of concupiscence, that the virtue of continence and chastity may abide in me”.

This Christian liturgical vestment is a long piece of clothing ending till the waist or knees. A stole is to be worn around the neck hanging down the chest of the priest. A stole looks similar to a scarf and to be worn in a similar fashion. It is worn over the alb and underneath the chasuble.

The stole symbolizes and reminds the priest of their spiritual power or authority and is also a symbol for the priesthood. It is an important piece of clothing for every catholic ceremony including confessions, exorcisms and many priests even carry it along with them in case of an emergency baptism.

While wearing the stole the priest prays “Lord, restore the stole of immortality, which I lost through the collusion of our first parents, and, unworthy as I am to approach Thy sacred mysteries, may I yet gain eternal joy”.

The chasuble is the last and final part of the Christian liturgical vestment. A chasuble must be worn over the stole. This piece of clothing is available in different shapes and designs but the right liturgical colour must be worn by the priest. Mainly a purple chasuble is worn during lent and advent and green chasuble for usual times.

A chasuble symbolizes and represents charity. It is also described as the “Yoke of Christ” in the prayers. The chasuble is usually worn during ceremonies. Usually, priests are mostly wearing the alb, cincture and stole as a part of church vestment.

While wearing the chasuble the priest prays ”O Lord, who has said, ‘My yoke is sweet and My burden light,’ grant that I may so carry it as to merit Thy grace”

As a part of the Catholic religion, every Christian needs to know about these traditional liturgical vestments and the prayers associated with them. The significance of these church vestments can show you the path for personal growth and help make our faith and perception stronger towards God. 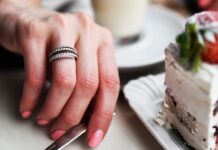 What is the Best Stone for an Engagement Ring? 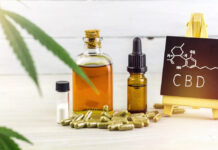 10 New Kinds of CBD Products You Have to Try 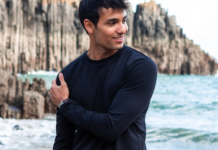 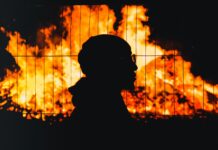 What Does Fr Clothing Do? 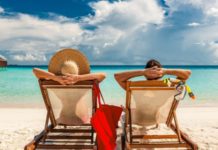 4 Ways to Have A Successful Vacation Experience Wherever You Go 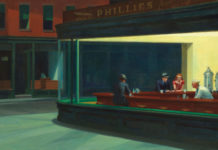