In 2015, Gibson started making its automatic tuning system a standard feature on many electric guitars. This feature became the highlight of different popular models, including the Les Paul and the SG. Gibson. There was a hope the feature would make its guitars stand out further by offering players a quick and practical way to tune their guitars. But some things did not go the way the company planned.

In the following write-up, we will discuss how the company’s planning got ruined. The automatic tuning system was the unique feature that Gibson introduced. But they do not get the expected reviews. Here is a closer look at Gibson’s automatic tuners and why guitarists gave the feature a resounding “No thanks”.

Before rolling out automatic tuners as a standard feature, Gibson has spent more than ten years. Not to mention millions of dollars, the company developed the self-tuning guitar technology. It was based on the Power tune system, an aftermarket offering by the Tronical Company (which sued Gibson in 2017 – but that’s another story for another day). The invention was not in power as much by Tronical Company.

The tech makes use of an onboard computer that monitors and controls every aspect of tuning. The guitar player presses a button and waits a few seconds for the guitar to tune itself. The tuning pegs turn on their own. In very less time, the guitar starts getting tuned without doing anything manually. Many people got attracted to this technology because, in this way, they are getting rid of tuning their musical instruments. It was one of the challenging parts of guitarists.

The self-tuning feature was rolled out as part of the Gibson Robot Guitar in 2007. The robot tuners also became available for other Gibson models, turning them into Powertune-equipped Les Paul Standards, Flying Vs., SGs, and Les Paul Studios.

When Gibson made the auto tuners, there was a standard issue that every customer was complaining about to the company. Most of its new guitars in 2015 went into loss, and there was a sudden drop in sales, which was hard to ignore. Guitar players and collectors did not see any feature as a necessity, and they questioned the added cost of the musical instrument. They realized that they were completely wasting their money by buying nothing essential.

Unfortunately, but not surprisingly, when the sales dropped, many guitarists expressed their mixed reactions. Many high-profile musicians such as Journey’s Neal Schon, who was in an alarming state that Gibson eventually stopped making the robot tuners a standard feature. It was shocking news for them, but some people were happy with the decision.
In 2016 and 2017, the feature was limited to High-Performance electric guitar models, and in 2018, it was standard on just a handful of Gibson models. People getting expensive guitars could only enjoy the auto-tuning feature, but the functionality was missing in basic ones. In 2018, the fans of Gibson’s guitars only invested their money in these expensive models.

Those who do like the automatic tuning system in their Gibson guitar, some of which you can find here. You can opt to have that as an add-on option. However, many guitarists using the G-Force automatic tuners eventually swapped out for traditional and essential tuning knobs. You can find plenty of videos on various online platforms, showing disgruntled guitarists complaining about their G-Force tuners (Gibson previously called the feature as Min-ETune).

One of the main reasons why guitarists reacted negatively to the G-Force tuners is that they do not like them. The system may be fast, but it is more often unreliable, with guitarists saying the system never worked for them as well as it should have. So, they go back to chromatic tuners and essential tuning pegs. Indeed, why should you use the robot tuners when you have all sorts of digital tuners available that have been tried and tested for years?

In addition, Gibson also had to alter the Powertune-equipped models’ design to give the system greater accuracy. The company thought that the minor change would help users in tuning their guitars quickly and accurately. One of these small alterations is a slightly wider neck, which, as you can guess, was not much liked by many players. So, they started hating the brand and its manufactured products.

If we talk about Gibson’s standard models, there was absolutely nothing wrong with the old standard tuners. So why they fix something that is not broken? Is it about changes or doing some updates in the existing technology? If we consider manual settings, then guitar players also had more control over their intonation for certain songs when they tune their guitar manually. They felt that they could do the tuning manually in a better way than adopting the automatic way.

After adding the technology in new guitars, the price went up, and $800 was added to the existing cost. It was too much for buying a standard guitar for the users. Why will anyone invest this much if they get the same things in another brand? The hike in the price was the company’s major downfall because people were not ready to accept the expensive options in the market. They find it worthless to invest in them.

If the automatic tuners have become a source of frustration instead of satisfaction for guitar players, then it is easy to see why guitars with the feature are bound to be left to collect dust. It is a nasty blow for a company that’s already neck-deep in debt and other legal issues. Still, we hope the company shapes up and sticks to making guitars that guitarists would love to play. 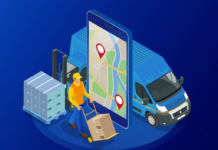 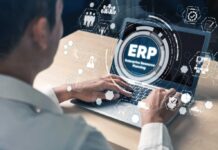 10 Benefits Of Using ERP Software For Your Business 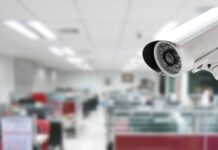 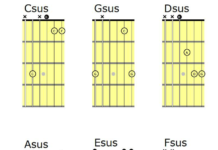 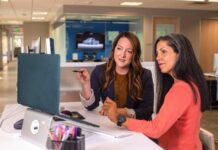 Why OKRs Help Companies Get the Most Out Of Their Employees