Due to the fact that it is the second-largest city in California, San Diego has a very rich cultural life. Also, San Diego is a very popular tourist attraction, since it offers its visitors many interesting and impressive things to see. Its historical and cultural value is embodied in institutions such as galleries, theaters, and museums.

Since the museums are one of the most notable symbols of San Diego, the following list includes the 6 best museums in San Diego in 2019.

One of the best museums in San Diego to visit in 2019 is, without a doubt, the San Diego Museum of Art. Founded in 1926, this museum is located in Balboa Park. It has the reputation of being the oldest and largest art museum in the region. Not only does this museum have a high cultural value, but it is also very popular with nearly 500 000 visits per year.

The items in the collection of the San Diego Museum of Art range from the period of 5000 BC to 2012 AD. The whole collection is of an encyclopedic nature, and it includes works by the notable Spanish artists, such as Ribera, Murillo and El Greco. Furthermore, this museum is in the possession of works by other authors, as well. For instance, it offers its visitors with an insight into the art by Italian masters like Luini and Giotto. Besides the permanent exhibitions, this museum pays a great deal of respect to contemporary art. In other words, local emerging artists have the opportunity to perform and present their art in this institution, which makes San Diego Museum of Art even more impressive.

The San Diego Museum of Man is the right place for you if you are interested in anthropology. It is located in Balboa Park. This museum was founded in 1915, and it has about 220,000 visits per year. When it comes to its collection, it is focused on the pre-Columbian history of the western Americans. The items in the collection belong to the Native American culture. The interesting thing about this museum is the fact that it holds in the possession one of the most important objects from the times of Ancient Egypt, in the US. One of these objects is the Ptolemaic child’s coffin, which is known to exist in only six copies in the whole world.

Located in Balboa Park, San Diego Natural History Museum represents the inevitable landmark of San Diego. Founded in 1874, it has a long tradition and does not cease to impress its visitors. It is considered to be the oldest institution in Southern California. Its official website states that “the world we live in is an amazing place. We want everyone to understand it better, enjoy it more, and love it as much as we do, so we’ll all protect it for the future. Because we believe that nature is the biggest exhibition of all”, and truly the display of items in San Diego Natural History Museum proves nothing less.

The Museum of Photographic Arts, also known as (MOPA) is also located in Balboa Park. Founded in 1974, this museum represents one of the three museums in the US whose main focus is only the preservation and collection of photography. The main mission of this museum is to educate and inspire its visitors. Its collection includes thousands of photographs which serve as proof of the process of development of the photographic art. This museum is definitely worth visiting, especially if you admire the art of photography.

This museum features numerous items regarding the development of automotive history. Established in 1941, the San Diego Automotive Museum has a vast collection including cars and motorcycles from different eras. One of the most remarkable objects in the collection is Louie Mattar’s Fabolous Car from 1947 – driven constantly all the way from Alaska to Mexico City. According to the official mission statement, the mission of this fascinating museum is to explore the story of the social and technological past, present, and future of motorized vehicles by focusing on things such as collections, exhibitions, and educational programs.

Last, but not least is The New Children’s Museum. This museum is concerned with developing children’s creativity and imagination. It originally opened in 1983, and it has been one of the favorite places of the youngest visitors in San Diego ever since. The vision of this museum is to engage children in developing numerous skills through contemporary art. If you are a parent or just a child at heart, you should definitely consider visiting The New Children’s Museum. 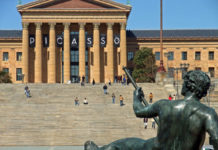 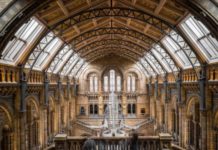