PMCAOnline
Home Technology All you need to know about Xtra-PC

You have probably noticed in the past how computers or laptops can become very slow after a few years of work. This often happens in offices because replacing a PC every two or three years can be a very expensive process which is why a lot of companies avoid doing such replaces.

However, the problem is not solved if you just look the other way. The employees in a company where the computers are too slow can result in low productivity levels and motivation. And that is something that every owner wants to avoid, especially if they want to keep growing their business.

Many people believe that a simple clean-up of the desktop screen or calling in professionals to reinstall your operating system is the best way to get back the speed of your PC as the day you bought it, but that is simply not true. While a reinstallation of an operating system might improve the speed at which you can browse folders and files, it will still not be enough.

So, how does one deal with such a problem without having to pay 300 to 400 US dollars per computer to replace all of them? The answer to such a problem is a bootable USB stick such as Xtra-PC. But, before we get into everything you need to know about Xtra-PC, you should probably learn about the ways your PC or laptop may slow down and why does it happen in the first place.

Why does my computer get slower through the years?

There isn’t one correct answer about why a PC becomes so low after years of use, but there are several possibilities you will have to consider every time you are in such a situation. It could either be because the components you have previously bought are slow, you do not have enough RAM in the system, you are running low on disk space, the HDD is going bad, too many programs installed on your OS, a virus and many other possible reasons.

How can I discover what causes the lag?

Unless you are an IT expert, there really isn’t a way to find what causes your PC or laptop to be so slow. It could either be that your CPU is simply too old that it cannot handle modern programs and tasks or maybe your hard disk drive inside of your system is nearing its end.

While HDDs offer a lot of space for a small price, they contain a lot of mechanical parts inside of them which can easily break. A slight slip up of the head that reads the information from the disk can result in reduced speeds which will hinder your ability to quickly open up processes and programs on your device.

Fortunately, the technology of storing information has been improved considerably these last couple of years. USB flash sticks have become available to the public for decades now, but today we have USBs that are large enough to fit a whole operating system in it. This is how Xtra-PC works. It uses this very fast flash memory to speed up the processes of your computer.

Xtra-PC is a product that was made to solve the type of problems we just mentioned. It is a way to boost your devices without having to change any major components. The product is available in three different packages. It completely depends on you, as the more expensive packages will provide you with a much bigger boost. If you want an in-depth review of Xtra-PC, check out lemigliorivpn.com.

What are the requirements to use it?

Basically, every single computer that was made in these last two decades will be able to utilize the benefits of Xtra-PC. All you will need is one USB port that will always be free or rather plugged in with the Xtra-PC stick. You will then need an internet connection so that all of the data from the company’s server can be sent to their stick. After the product has been properly activated through the Internet, you can safely unplug the internet cable or disconnect from the Wi-FI and you will be able to use the USB stick anywhere and at any time.

Xtra-PC uses a completely free operating system, known as Linux. Even though it is free, many people use this OS because of its friendly UI for more difficult tasks such as programming, editing and so on.

How to use it?

The use of this device is pretty simple. After you purchase and receive the product, all you will have to do is to remove it from its packaging and then plug it into your already booted computer. We recommend that you turn off any unwanted programs that might slow down your computer after you stick it into any of the available USB ports. If you have an older PC or laptop, it will probably take more than a few minutes to recognize the stick and you will then have to go through all the prompts so the Linux operating system can be downloaded.

If you have a faster internet speed, it will probably take about ten to fifteen minutes. With a slower internet, it won’t take any more than an hour, so no need to worry, just be patient. After the download is complete and the whole installation process, you will need to reboot your PC. It should automatically enter this new OS you have downloaded. Now you are finally finished and notice how much faster your computer is. Browsing through your files and photos is easier than ever, and searching through the internet and videos will be lag-free from now on. 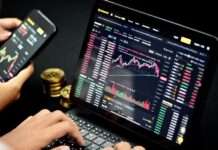 Is A Laptop Enough To Trade Cryptocurrency ─ 5 Things To Know 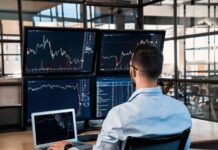 Do You Need a Good PC For Cryptocurrency Trading? 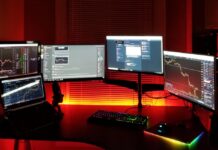 How To Set Up Your Cryptocurrency Trading Computer? 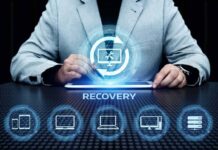 How to Use Data Recovery Software for the First Time

Is it Cheaper to Build Your Gaming PC?