PMCAOnline
Home Sport Who in the History of the NBA Had the Highest Net Worth? 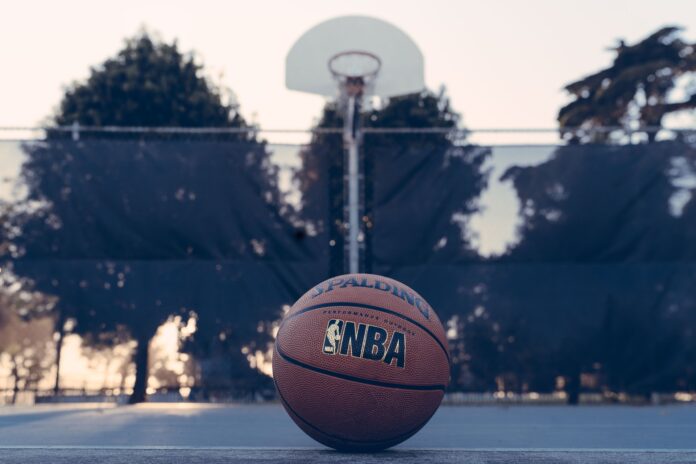 When you talk about athletes that have a staggering net worth the truly elite players of basketball are never far from the top of those lists.
Here we look at the richest stars in the history of the NBA.

Kicking off our list of the richest stars in the history of the NBA is the larger than life Shaquille O’Neal. The 7’1 center was the first overall draft pick back in 1992 and went on to represent six teams during his 20-year career.

He is probably best known for his spell with the LA Lakers where he won three Championships as well as the league MVP award. You don’t remain in elite sport for two decades without racking up some serious cash though and his career earnings saw him pull in over $292m.

His presence on the court soon began to attract attention off it and ‘Shaq’ – as he is affectionately known – became one of the best-known faces in the world.

On top of his hefty salary, he was also in demand by some pretty big brands for product endorsements; that side of things has seen him act as the face for companies such as Burger King and Taco Bell.

Clearly, Shaq got the taste of fast food during those times though because he has since invested in Papa John’s alongside several other ventures including acting and having his own line of kicks.
Shaquille O’Neal’s net worth is $400m.

At this precise moment in time, it’s hard to argue that LeBron James isn’t the best player on the planet. His recent performances in the NBA finals carried the Lakers to the NBA Championship, which is James’ fourth triumph and he’s been named Finals MVP every time.

He’s openly spoken of having plenty of years left in the tank too so you can bet your bottom dollar that his net worth is only going in one direction.
During his time in the NBA, he’s averaging an annual salary of $37m giving him a total earning in excess of $300m.

He’s not all about basketball though and he has fingers in several pies to add to that $300m we mention meaning he’ll be more than comfortable in life after retirement. His biggest income is unquestionably a lifetime deal he penned with Nike, which could be worth up to $1bn.

On top of that, he has worked with soft beverage giants Coca-Cola, Samsung and McDonald’s just to name a few. He’s also a stakeholder in the Premier League Champions Liverpool Football Club whilst his investment in Blaze Pizza is said to be worth $35m.LeBron James’ net worth is $450m.

If you’ve been impressed with O’Neal’s and James’ wealth, then hold onto your hats because Magic Johnson is about to up the levels in a pretty sharp way. The five-time NBA Champion is also known as the 2nd best passer in the history of NBA, according to BetAmerica.

Magic was strutting his stuff on the court long before the mammoth contracts of today came in.

His career earnings were just – we use the term loosely – $39m with an average annual salary of $1m. What Johnson did manage to do though was carry his personality beyond his playing days. That was the catalyst that has seen his net worth blow up.
His initial ventures into the business world saw Johnson stick to the celebrity market with a TV show and a record label.

The former flopped whilst the latter saw him promote tours such as Janet Jackson’s Velvet Rope tour, which cleared $30m, so probably lined his pockets quite nicely before he took his off-court profile to new heights with Magic Johnson Enterprises.
His business interests also include investments in MLB side the LA Dodgers and coffee chain Starbucks. All in all, Johnson is a very rich man.
Magic Johnson’s net worth is $600m.

So far, we’ve covered three absolute legends of basketball. Junior Bridgeman is not anywhere close to their level. That’s not intended to be insulting to the former Milwaukee Bucks man because he spent 13 years in the NBA and sank near on 12,000 points but his earnings from the sport say it all.

He retired with a career haul of $4m. That’s more than enough for hefty investments but it’s also easily frittered away by someone who doesn’t have their head screwed on. Bridgeman has his head screwed on.

After retirement he spent time researching where to pour his efforts and, like others already mentioned, he opted for fast food. There was no toe-dipping though. Bridgeman went big and now holds nearly 300 franchises of Wendy’s and Chill.

His food story doesn’t end there though because he’s also the CEO of Bridgeman Foods, which has an annual turnover of over $500m and his son also operates a Coca-Cola bottling plant in Kansas on his behalf, which feeds into 18 distribution centers.

Junior Bridgeman’s net worth is $600m.

Will there ever be an NBA player that matches Michael Jordan? On the court it’s possible. Off it? Never say never but, my goodness, he’s some way clear of the chasing pack. He’s managed to do that despite being from that slightly earlier time where the contracts on offer were more modest.

His average salary was high for the era but his per annum average was only $4m with career earnings under $100m. Of course, when you’re the Greatest of All Time things outside of the court start to roll in and MJ didn’t half rake in some cash from other sources.

Jordan’s biggest earner is undoubtedly his endorsement with Nike. Not only did it create the concept behind Space Jam but it saw the birth of Air Jordan’s. That started as a basketball trainer and has now grown into an entire range with Forbes valuing the brand at $10bn.

As an individual Jordan has received over $1.3bn from that deal. He’s not all about kicking his heels though because the five-time MVP is still heavily involved in the world of sport. He owns the NBA franchise the Charlotte Hornets and co-owns the MLB side the Miami Marlins.

Michael Jordan’s net worth is $1.6bn.

There you have it, the five richest stars in the history of the NBA. Which one surprised you the most? 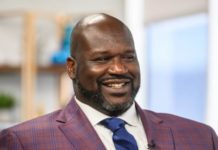 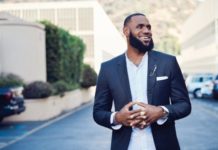 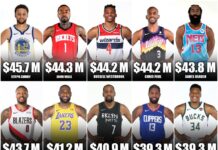 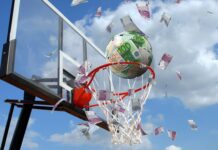