PMCAOnline
Home Education When Should You Start to Learn Piccolo?

As proven by so many studies, one of the best ways to express our emotions, beliefs, and thoughts is through some form of art. It is such an important part of our life as without it and without culture in general, we would not be so much different from animals. Now, every type and form of art has many admirers and artists, but one form of it stands out from all the rest, as music bonds people and knows how to extract even our deepest emotions. It is such a significant part of our lives which is also a reason why we find so many solutions to our problems in songs and classical masterpieces.

On the other hand, there is a lot of talk about when is the ideal time to start learning to play some instrument, and even though it somehow all starts from a guitar, there are so many instruments to choose from, and some of them are ideal for the kids, while others simply seek more proficiency and previous knowledge.

Another thing you may have come across is that learning an instrument as a child is the best possible way of being acquainted with music. While that holds some truth, as previously mentioned, some instruments seek more devotions and are more complicated to learn. So, when is the right time to delve into more complicated instruments like the piccolo? You may have heard the name when news went viral of a player becoming a meme, but on a serious note, when can you begin learning how to play the piccolo?

Let’s start with the basics and explain the name and its origin as Piccolo’s name is of Italian origin, meaning a “small flute.” It is a woodwind instrument, meaning a musical instrument requiring the use of wind (in this case, our breath) to be played. Traditionally, all woodwind instruments were made of wood, but they are now constructed of metal due to their higher suitability.

The full name is “flauto piccolo,” and it is also known as a flautino. The piccolo boasts the highest pitch of all the woodwind instruments used in military bands and other orchestras. If you’re looking to purchase a piccolo for yourself, head over to Ted’s List for a complete guide.

The Relationship Between a Flute and a Piccolo

Well, speaking about confusion, the main thing that confuses and where people usually make a mistake is by saying that it is the same instrument and by using both names to explain one of them. Though it may seem like the same instrument at first glance and just in different sizes, that isn’t entirely the truth, and these two differ. However, there are still a lot of similarities, and we will explain them further to make them clearer for you.

Similarities Between a Flute and a Piccolo

Both instruments are pitched in C, are held horizontally, and even use a very similar technique of creating sound. Namely, you have to blow air over a hole carved on the mouthpiece and use several combinations of keys placed on the instrument in order to create the sound you want. These are probably the main reasons why people think that it is completely the same instrument and easily get confused.

Although looking almost the same, differences remain, and describing them might help you understand them better.

Differences Between a Flute and a Piccolo

The most notable one is the size and the range of the notes, and although the first one can be noticed by simply looking at those two instruments, the second one is more difficult to perceive, especially for those who are not musicians. There are also some differences in the way they are constructed, and a closer look can easily show that. When it comes to the size, a standard flute is 26 inches in length, while a piccolo is more or less 13 inches. If we speak about the range of notes, the piccolo covers three octaves, starting with the second D going up to middle C. On the other hand, the flute begins at middle C. Therefore, a piccolo is usually an octave higher than a flute.

Best Time to Learn the Piccolo

Knowing how these two instruments are related is essential because it impacts when we can begin learning the piccolo. A few factors that might be a key to the solution are listed below and better explained.

It may seem obvious, but it all starts with a question of whether someone really wants to learn the piccolo, or are you looking for a new hobby? Maybe someone just wants to learn an instrument, but if that’s the case, are you sure this one is really the best one to start with, or some other will be a better choice?

Willingness is essential because it determines how much effort there will be and how eager a person is about learning to play this instrument. There might be things that are complicated or complex, and if someone isn’t entirely sure that they want to play the piccolo, it means that then they might give it up prematurely.

Do You Play the Flute?

Despite their differences, if you are already an experienced flute player, learning to play this instrument should come pretty naturally and easy since there are still a lot of similarities between them. It helps a lot if a person has a background with the flute, so if you don’t but still want to learn the piccolo, it would help to start with the flute.

That’s not to say that one cannot learn the piccolo without the flute, but it would just take more time and effort.

Yes, school matters! No, not grades, but the level of study you are in, and if it is a high school as a flute major, college would be the right time to start learning the piccolo. You can join a piccolo society or the college band, or take music classes if you prefer to learn without being a part of the group.

Once you figure out if you are ready and in the right timing with the basics of flute already established, you can set out on learning the piccolo.

The current flute teacher can teach you piccolo, but you can also approach a different teacher who works for you if they aren’t available. Finding a professional is crucial, and although one can learn without any help, it will be much easier with the right lessons and program.

Read Books About the Piccolo

This isn’t necessary, but literature and history always help when learning an instrument. It can teach us so many things we didn’t think of, and we can also learn from other people’s experiences and even mistakes. Besides that, we can learn a lot about the instrument itself and get an even bigger desire to learn how to play it.

It’s essential to stay in touch with the flute roots because the better someone is at the flute, the better they will be at the piccolo. Although different, these two are also pretty similar, and practicing one can be useful while learning another.

So, the question is, when should you start to learn piccolo? Ideally, after you already know the flute, and academically speaking, college is a great time. If you’ve graduated, begin whenever you have the time and the passion. Keep in mind that learning how to play a new instrument requires a lot of time and practice, and it is crucial to be persistent! 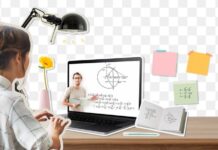 Explore The Strength And Weaknesses Of The Online Learning Techniques 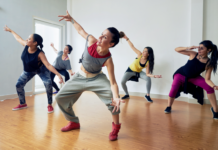 Why You Should Incorporate Dance Lessons Into Your Workout Routine 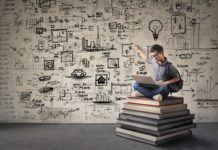 5 Best instruments for Developing your Mind in 2023 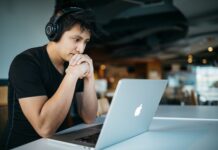 4 Reasons to Treat Yourself to Online Music Lessons