Every day a large number of people seek work in other countries. These are mostly people who are not satisfied with working conditions in their country. And the most basic reason people go to work in other countries is to make more money for a certain amount of time than they could earn at home. This attracts large numbers of workers to developed and rich countries, and compensates for these countries’ need for labour, as such countries usually do not always have enough local people to fill all jobs.

One of the popular destinations for foreign workers is a country like the UAE. It is known worldwide for its wealth, level of development, high salaries, popular tourist attractions and growth rates, as well as the economy and the main city – Dubai, the capital of the UAE. And it’s one of the fastest-growing cities in the world. According to some researchers, more than 80 per cent of Dubai’s population is composed of foreigners and the vast majority are migrant workers. Every day, by the beginning of the working day, the number of residents increases by another 1 million, as many workers live in neighbouring cities and come to Dubai exclusively to work. And it’s actually quite profitable, because housing in Dubai is quite expensive, and some people, in order to save money, live in neighbouring, cheaper cities.

Features of life in the United Arab Emirates

You should remember that the UAE is a Muslim country, and as a foreign worker, you should respect the local culture, traditions and laws. Also, you need to understand that this country is located in a fairly hot climate, where the summer temperature can reach 50 degrees Celsius. Of course, most places, such as offices or shopping malls, have air conditioners that keep buildings at an acceptable temperature. But people who can’t handle the heat better look for jobs in countries with colder climates.

What kind of work is available in the UAE for foreigners?

As in any well-developed country, work in the UAE is enough in absolutely different areas, and for people with absolutely different levels of education and skills. Today the city is successfully developing thanks to the spheres of tourism, construction, aviation, financial and banking services, real estate and trade. But mostly for work in the UAE come people with not very good qualifications, for work in the service industry, construction, childcare, beauty or something like that. Such work in Dubai and other cities is more than enough, as there are a lot of buildings, the city is growing rapidly. The same applies to tourism – which necessarily requires a highly developed service industry. For example, over 6 million tourists visited the UAE throughout 2023. It is one of the most profitable and growing sectors of the economy.

As for other vacancies, people with education who can work in finance are also in great demand. These are, for example, economists, Buchalter, auditors, specialists of the tax service and so on. Contrary to popular belief, oil is not the backbone of Dubai’s economy. Therefore, the profession of the oil industry here is not considered popular, but nevertheless, with the right qualifications, you will be able to find a job for yourself. Also, due to the global pace of development, it is easy to find a job with an IT education.

People with medical education are also in great demand in the UAE and Dubai, as well as nurses and more qualified doctors, such as therapists, surgeons, etc. It should be noted that such specialists are in demand all over the world, not only in the UAE.

Of the exclusive professions, there is, for example, a searcher for abandoned rare cars and supercars. These workers have to travel all over the UAE and look for cars that have been abandoned there for various reasons. Such a person is promised to pay from $ 3,000 per month, plus a commission from each car found. Well, isn’t it a dream job, especially for supercar lovers?

It is worth mentioning that finding a job with high qualifications can be more difficult than a person without it, as local employers in such cases try to give advantage to local residents, and only if the local population is not enough to meet all the needs of the hiring company – they can hire a foreigner.

What skills do you need to successfully find a job in the UAE?

For foreign workers, there is one unspoken, but extremely important rule in the search for work – you need to know English. And you need to know it at a sufficient level. If you do not know English, you will not be hired anywhere. Even in the local labour market, more and more often you can find vacancies in which knowledge of the English language is indicated as necessary. This is necessary not only in the UAE but also in other countries of the world.

Knowledge of the Arabic language, which is the state language in the UAE is not required. First, the majority of the population is foreigners who communicate in English, and secondly, even the local population is fluent in English. But if you have such a skill, it will not be superfluous, and will even increase your value as an employee in the eyes of all local employers.

It is also very important that the potential employee has or does not have work experience. Not all employers are ready to teach newcomers how to work, so they are looking for people with work experience. Most often it is from 1 to 5 years, so for most able-bodied people, this is not such an impossible requirement.

Age and health also decide whether a person can work in the UAE. The country issues work visas for people from 18 to 60 years. In the area of health, diseases such as HIV, tuberculosis, leprosy. Also, a chest X-ray should be screened. If the disease is discovered, immediate deportation from the country follows.

How much money can I earn working in the United Arab Emirates?

Since the Emirates is a rich country, the monthly payments of those who work in it correspond to this level. There is no official minimum wage in the UAE. This also applies to major cities – and in the capital Abu Dhabi and the largest city of Dubai, such an indicator as the minimum wage, too, is not. The minimum wage is usually the result of an agreement between the employer and each employee individually, and the amount to be paid is fixed in the employment contract. Much of the salary depends on the employee’s qualifications and the company in which he will work, so I will only give average and generalised data.

On average, graduates of universities (that is, people with higher education) can count on a minimum income in the UAE of 3,270 dollars per month, having a certificate of secondary education guarantees an income of $ 1,300 per month, and in general, qualified professionals receive at least $2,000. But mentioning again – it depends on many factors, and these values may differ.

What is the cost of living in the UAE?

Dubai is the most expensive city to live in. The cost of renting an apartment here is calculated for a year and starts from $ 800 per month, or $ 9,600 – $ 10,000 per year, which is quite expensive. You can save either by renting an apartment with someone else or living in the country. In Abu Dhabi, the minimum rent is $750 a month, or $9,000 a year. Food, travel, and other expenses will cost an average of $500 – $600 a month if you save. It’s not bad with local paychecks. It should be understood that the cost of living in the suburbs of large cities will be lower, and transport is quite inexpensive, which can save you quite a lot of money.

Where and how to find work in the United Arab Emirates?

To search for any job in the UAE, use any source of information that is available to you – from chat rooms and social media groups to ads in local newspapers or websites. You need to carefully browse and check the information on the Internet, and if possible – visit the Emirates as a tourist.

This will help you to understand whether your job in such a country is appropriate for you. If you can’t find a job in Dubai on your own, you can contact one of the many agencies that help foreigners to find a job, or go now. Remember, that professional companies do not require any preliminary contributions from applicants, but only if you successfully found a job. Also, in order to draw attention to yourself, you need to make a competent resume and if there is an opportunity – get a cover letter. In your resume, be sure to highlight your most significant advantages over other employees, but do not forget about being honest. 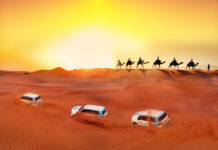 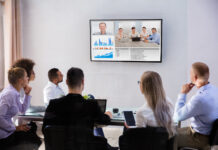 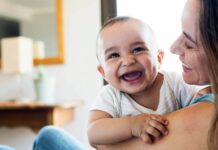 Why You Should Consider Cord Blood Banking In Dubai 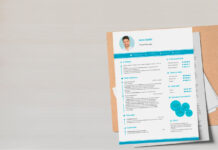 5 Signs Your Resume Is Too Long & How to Fix it 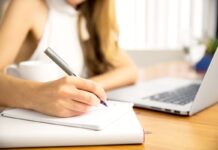 Part-Time Writing: Your Next Career Move 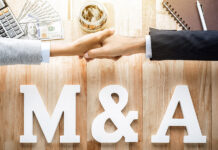 How To Become An M&A Expert In 4 Easy Steps