The gaming community is continuously growing because of the consistent release of online games for everyone to explore and enjoy. Every online game, especially in the fantasy genre, has built a household name for itself. League of Legends, Mobile Legends, Minecraft, Terraria, and more have a continuously growing fanbase, inspiring other game creators to create more fantasy games. Fortunately, in 2020, another fantasy game has been added to the list. Genshin Impact instantly grew in popularity, especially during the pandemic when everyone was looking for something new to enjoy.

Luckily, you can turn to CellularNews.com, which has a full-blown guide about Genshin Impact artifacts that will make your gameplay more exciting. Anyhow, continue reading to know more about these seven Genshin characters with the Electro element!

How Genshin Impact Came to Be

It all started in 2020, where Chinese game developer miHoYo, created an action-packed fantasy game. Genshin Impact showcases an anime-type game, and it includes magical and elemental characters who go in different battle systems. This game will motivate players to enjoy another fantasy game and play religiously because of the numerous upgrades, weapons, and characters.

Any gamer and anime lover will surely love the characters in Genshin because they possess unique features, inside and out. You can choose from 47 characters that suit your interest and personal style.

Genshin also has its storyline where the characters come from different nations, like Mondstadt, Inazuma, Liyue, and Snezhnaya. They also possess elemental forces like the Pyro (fire element), Cryo (snow element), Geo earth element, hydro the water element, and electro. The electro-charged element can interrupt any action. So if you want to play with this power, you might want to consider choosing these seven Genshin characters.

1. Beidou: The Women With Leadership Experience

Genshin is inspired by Chinese culture, and Beidou means the Big Dipper. She is a character that possesses leadership since she is the captain in one of Liyue’s crew, The Crux. Beidou executes power and strength, and she has no fear of being the group’s frontman.

It will cost almost 420,000 Mora (Genshin Impact’s currency) to upgrade her to the highest level. She is a character worth using because she can perform simultaneous attacks. This red and black-dressed woman can drain the attacker’s stamina, combats with a sword and thunder, and can on monstrous strength so she can have a Thunderbeast’s Targe around her.

2. Fischl: The Sly Investigator From Mondstadt

One of the most brilliant characters from Genshin is Fischl. She is from the nation of Mondstadt, and she serves as an investigator. The night Raven Oz is her partner in crime, they go on adventures to figure out game theories and battle enemies.

It takes 420,000 Mora to get her highest upgrade, like Beidou. Her primary weapon is the Bow of Downfall, where she can accurately fire arrow shots at long ranges. Fischl’s electro element powers through when she summons the night Raven. Her physical features possess a black and purple outfit to represent the night which is her most active time.

3. Keqing: The Adventurous Yuheng From Liyue

Another electro playable is Keqing. She is also known as the Yuheng of Liyeu Qixing, a group of business leaders governing the Liyue Nation, and Keqing is in charge of livelihood and land construction. Outside her profession, she is a fighter, and she can perform rapid and continuous strikes at enemies, manipulate lighting, and execute high-impact thunderclap-blows, especially nearby enemies.

What sets Kujou Sara apart from the characters is that she is Tengu, and a Tengu or Heavenly Dog is a non-human creature. She has black wings and a crow’s mask on her head, a sign of honor. Kojou stays loyal to her clan because they took her in and treated her like family, and her main goal was to protect them at all costs.

Kujou Sara is precise when using her Tengu Bowmanship and shoots at attackers with striking lighting thanks to her electro element. She also has immense speed and can work with the storm to create multiple power features. She protects her members by transferring 1.2 energy from her 100% power recharge.

Lisa is a student who graduated from Sumeru Academia, and she was a powerful mage after 200 years. She then came back to her hometown, Mondstadt, and became the Librarian of the Knights of Favonius.

Her electro elemental nature allows her to attack with lighting, consume the opponent’s stamina, and use magic. Lisa can summon her Lightning Rose to execute aftershocks, create a static electric field, and craft potions to heal.

Raiden Shogun is a purple electro elemental. She can manipulate her powers to the highest level and meditate when she needs to calm down. Raiden’s primary weapon is the spear that has the stamina to execute upward slashes at enemies. She uses her electro element to show her shard of Euthymia. What is unique about Raiden is that she has a secret art called the Musou Shinsetsu. It is where she can regenerate her powers from her teammates.

She also has powers like the Wishes Unnumbered to gain elemental orbs for attacks. And the All-Preserver and the Enlightened One.

Yae Miko is one of the friendly characters, according to the other Genshin women. She owns a publishing house and is the guardian of the Grand Narukami Shrine. Outside her profession, she is a warrior with the electro element.

She can summon Kitsune spirits to gain stamina for combat, and she can drive unnecessary spirits away too. Miko has a distinguished secret art called the Tenko Kenshin, which gives her the ability to use lightning and transform them into more powerful Tenko thunderbolts.

Genshin Impact has built a household name for itself, and it captured the hearts of gamers, anime, and Chinese culture lovers worldwide. It is one of the popular anime-fantasy games that you should try out because it will bring you to another dimension that you will enjoy. It will help enhance your strategic thinking skills and overall gaming combat abilities. So gather your gamer friends, and play a good game of Genshin Impact.

9 Reasons Why Gacha Games are Becoming so Popular 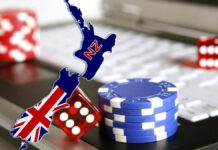