The Phantom of the Opera is a tale of love and tragedy, with the original novel authored by Gaston Leroux. The book published in 1911, the story evolved over the ages into various adaptations. The central storyline of the novel revolves around a young Swedish girl, Christine Daaé.

Christine’s father is a famed musician, and he passes away early in the story. As a result, Christine spends her childhood raised in the Paris Opera House. Her father’s dying promise was to remain with her as a guiding angel – through music.

Later in her childhood, Christine hears voices singing to her in the opera house late at night. The apparition teaches the young Christine how to sing, striking beautiful notes with her angelic voice.

Christine spends years developing a relationship with the ghost of “Erik,” teaching her to sing. However, when her childhood friend, Raoul, comes to visit, things change when he sees her performing on stage, captivating him with her voice.

As Christine and Raoul start a relationship, the Phantom becomes increasingly jealous, and then one day, – Christine disappears. The story of the Phantom of the Opera is a saddening tale showing that you can give your all to someone, but they may still end up leaving your life forever, regardless of your feelings.

Leroux’s famous tale experienced many adaptations over the years, but it remains one of the central pieces of Gothic culture and literature. The original is the darkest version of the tale, and that darkness seems to remove itself from the story with the further adaptations of the novel.

The Phantom of the Opera – Overview and Characters

Erik plays the Phantom in the story. Born deformed, he has a hideous face, and his parents disowned him as a child due to his appearance. A band of gypsies took Erik in as a child, using his freakish disfigurement to draw in crowds at carnival shows. He escaped the clutches of the gypsies, seeking refuge at the Opera house, where he encounters Christine.

Christine Daaé is the young Swedish soprano, and the Phantom falls for her melodic voice. Her elderly guardian, Madame Valérius, plays a central role in the story, grounding it as it unfolds. Raoul is Christine’s childhood friend, and the couple develops a love interest during the tale that drives the Phantom into a murderous, jealous rage.
Firmin Richard and Armand Moncharmin manage the Opera house, taking over from the previous managers, Poligny and Debienne.
Other characters in the story include the following.

The original novel is a masterpiece of literature. However, we can’t say the same about the story’s many adaptations over the last century. We find that movies always leave so much of the storyline out because of the condensed format and constrictions on time.
The Andrew Lloyd Webber musical is the closest representation to the original storyline. However, Lloyd Webber doesn’t hold a candle to the original tale. The musical experienced an upgrade to make it more palatable for the public.

The many songs in the musical production reflect Christine and the Phantom’s emotions throughout the story.

However, we feel it’s missing some of the authenticity of the novel. The book gives more of a dark-feel to the story, with no sugar-coating like the stage production. It’s up to you how you want to enjoy this classic French tale. However, if you want the best experience – we recommend reading the book.

The Evolution of the Phantom of the Opera

The Phantom of the Opera is one of the classic tales of literature coming from the early 1900s. The musical production opened at “Her Majesty’s Theatre” on 9 October 1986. The play was so successful that it immediately went across the pond to the “Majestic Theatre” in New York, where it premiered on 26 January 1988.

Sarah Brightman, Michael Crawford, and Steve Barton play the leading roles in the production, with exquisite acting and excellent performance all-round. Since the musical’s debut, we’ve seen dozens of adaptations in playhouses and theatres around the world.

More than 30-years after its debut on stage, the Phantom of the Opera is the recipient of more than 70-awards, with more than 140-million people viewing the show.
The storyline revolves around the Paris Opera House and the relationships of Christine, Erik, and Raoul. The venue rose to the peak of its fame in the 18th Century, and after the French Revolution, Napoleon restored the building and its reputation during the reforms that swept the city in 1807.

Try the Phantom of the Opera Slot Game!

If you enjoyed our review of this classic novel, why not play the slot game? The Phantom of the Opera slot offers you engaging music from the Andrew Lloyd Webber version, with exciting graphics and enthralling gameplay. Plus, you get a 96.57% RTP to keep you playing all night! Give it a try and play for free the game here.

The Phantom of the Opera slot is a title from Microgaming, one of the industry’s leading gaming software developers. The game features five reels, with outstanding 243-pay lines. It’s a popular slot and available at all the top online casinos.

This game features 30 betting lines, with minimum bets of $0.01 per spin. The game comes with double-stacked reels, and Christine, The Phantom, and Raoul playing the wild symbols. The letter symbol on the 5th reel – if you hit it, you get a 20X multiplier on your stake.

The Phantom mask also acts as a scatter symbol in the game. If you land the scatter symbols, you get three playing options. The first is ten free spins, and the second is a mask-pick game offering cash prizes, and the third option is the “All I ask of You” feature, unlocking ten free spins. 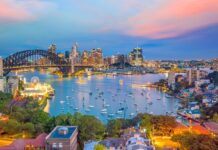 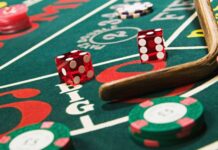 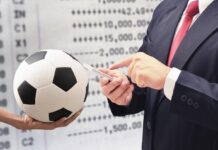 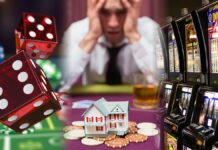 7 Reasons Why You Shouldn’t Chase Losses When Gambling Online